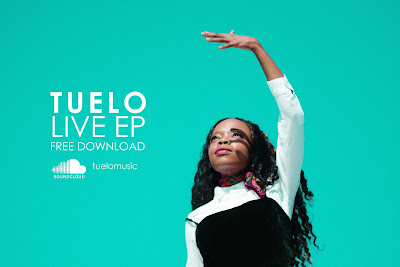 Tuelo has been out of New York City since the fall of last year and bouncing around her native South Africa and across Europe writing and recording.

She has now shared a raw Live EP as a free download. Stream it / Get it below:

Posted by Salvatore Bono at 7:11 PM

Alt-J with Pusha T and Twin Shadow on 'Colbert'


Watch Alt-J with special guests Pusha T and Twin Shadow perform "In Cold Blood" On The Late Show with Stephen Colbert.
Posted by Salvatore Bono at 8:37 AM 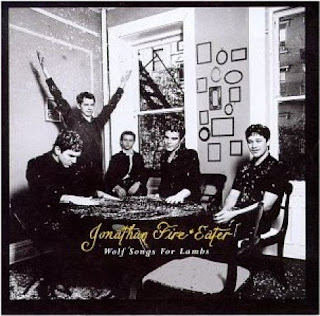 Last month, the music world was stunned by the sudden passing of musician Stewart Lupton, the enigmatic frontman of New York via D.C. indie pioneers Jonathan Fire*Eater. The 43-year-old help put New York rock and roll back on the map in the mid-to-late 90s when Jonathan Fire*Eater relocated to the Big Apple from the capital and caused one of the largest label bidding wars in history at the time. Jonathan Fire*Eater had a sound unlike many others at the time with jingle-jangle guitar hooks, thumping rhythms, and sinister and dark lyrics that were showcased via Lupton's unique voice. Dreamworks eventually won the band on their label after the bidding war and they released their critically acclaimed but commercially flopped Wolf Songs for Lambs in 1997. After they signed their lucrative deal with Dreamworks, the L.A. Times called the band "possibly the most hyped young group that nobody has ever heard of," in the era before social media that was a bold but accurate statement to make. The album would basically set the standard for New York City bands of the early millennium like Interpol, Yeah Yeah Yeahs, The Strokes, and Secret Machines. Wolf Songs for Lambs would be the template that those artists would use for their respective debuts and early styles. Wolf Songs for Lambs now sounds just as fresh as it did 21 years ago and the oral history of the record was displayed in Lizzy Goodman's brilliant 2017 book, Meet Me in the Bathroom. A year after the record was released, the band split and members Paul Maroon, Matt Barrick, and Walter Martin would later form the critically acclaimed indie band The Walkmen. While Jonathan Fire*Eater received their acclaim from critics and the NYC and DC audiences that flocked to see them and not from the masses, the influence they had is something no one can argue and their legacy is a testament to that.
Posted by Salvatore Bono at 6:55 PM 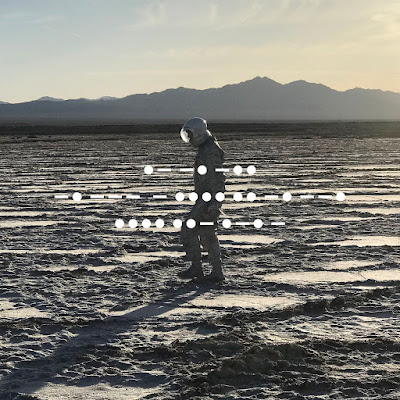 Spirtualized will release their first album in 6 years in September called And Nothing Hurt.

"With a bit of trial and lot of error, I found ways of doing something that’s quite simple if you’ve got the resources. I spent two weeks listening to classical records and strumming the chord that I wanted on my guitar. When I found something to match what I wanted, I’d sample that bit and go for the next chord and try to match that. It took weeks, trying to put together and layer convincing string sounds. But, if I’m honest, all I wanted was for someone to come and play the part and bring their own thing to the record," frontman J. Pierce said in a press release.


Watch Arctic Monkeys perform for the BBC.
Posted by Salvatore Bono at 6:53 PM


Watch Interpol perform "The Rover" on The Late Show with Stephen Colbert.
Posted by Salvatore Bono at 6:52 PM

Email ThisBlogThis!Share to TwitterShare to FacebookShare to Pinterest
Labels: Interpol