David Bowie is planning a massive box set series to chronicle his cameleon-like career. The first set, Five Years 1969-1973 will arrive in September. It will feature remastered versions and different cuts of his iconic albums 1969's Space Oddity, '70's The Man Who Sold the World, '71's Hunky Dory, '72's The Rise and Fall of Ziggy Stardust and the Spiders From Mars, '73's Aladdin Sane and Pin Ups. As well as two live albums - 2008's Live Santa Monica '72 and 1983's Ziggy Stardust: The Motion Picture Soundtrack.

In other David Bowie news, Dexter actor Michael C. Hall has been cast as Lazarus in the stage adaptation of The Man Who Fell to Earth. The musical has no opening date yet, but it will be titled Lazarus and will feature music from the film's soundtrack as well as new Bowie tunes.

Rhys Webb of The Horrors spoke to Clash and said that the band are working on a new album with Adele producer Paul Epworth and hope to have it out this year. He said, "We’re actually working on a new album at the moment. So we’re not really having any downtime. We’re writing and recording. Hoping to release a new record this year. We wanted to get back in there and get writing. We had a really busy year of touring, so we were ready to get working on new stuff. It’s just because time flies, and it moves so quickly and before you know it, it will be a couple of years between releases."

Queen will mark the 40th anniversary of "Bohemian Rhapsody" with a beer. The Czech brewed beer will arrive later this year and will feature the band's logo on the label.

Slayer have released the cover to their upcoming album, Repentless, which arrives in September. Take a look at the cover, below: 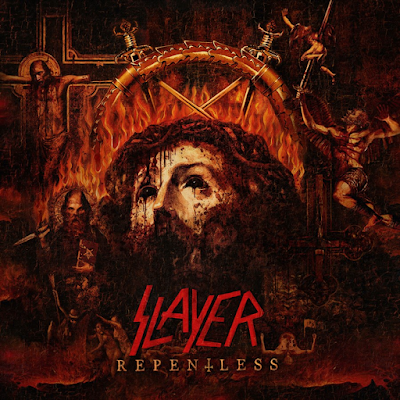 Public Image Ltd. will also release their new album, What the World Needs Now, in September and have also released an anti-religious cover like Slayer. Take a look below: 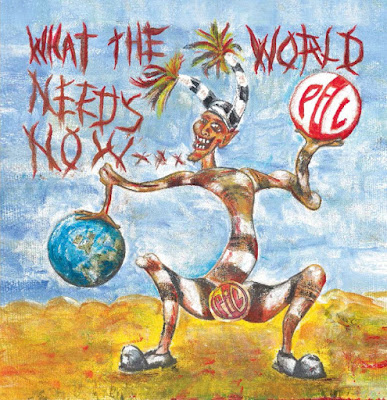