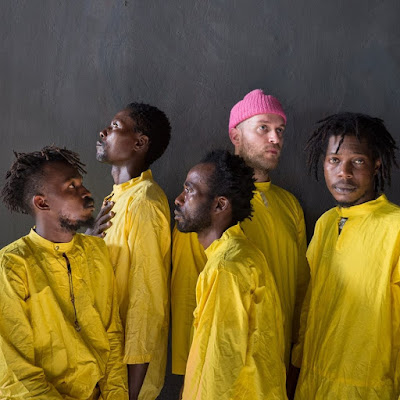 Music is a melting pot and one African band is proving that they are ready to boil over with their creativity and showcase their talents. Congolese band KOKOKO! combine 1970s raw punk, Arabic, electroclash, and explodes in a musical utopia. Hailing from the city of Kinshasa, KOKOKO! have been turning heads since they formed last year. In their time of coming together, they have flipped the musical landscape of the DRC in such a short period of time and are becoming the catalysts to display that African music is thriving in an alternative space now and not what people may think it is anymore and in fact, it is happening across the continent. They released their acclaimed debut EP last year and are currently booked for a European tour this spring. To learn more about the band, check out their self-made documentary below:
Posted by Salvatore Bono at 6:01 PM