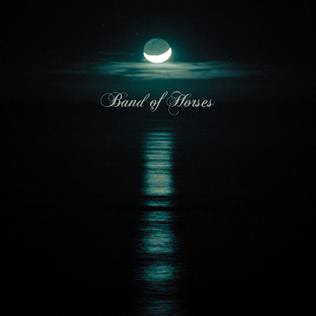 Band of Horses have announced they are recording a new album and it will be released later this year. As they chip away at new material, we look back on their second record, 2007's Cease to Begin, which was the lush follow-up to their acclaimed debut, Everything All The Time. Cease to Begin didn't have the singles like its predecessor had but it certainly had the passion and masterful storytelling that the band would become known for. The record was also a transition album for the band as three of the founding members left the group after the tour of the debut, leaving singer Ben Bridwell to find people to plug the holes. As they learned to sew their oats and become the band they set out to, the record displays that. It is a bit more folky and country than their debut but also showcases Bridwell's play on words with songs like "No Ones Gonna Love You," "Detlef Schrempf," and "Cigarettes, Wedding Band." The album was a hit in countries like Norway, Sweden, and Denmark and peaked at No. 35 on the Billboard Top 200 chart in the U.S. As the years have gone on, the record sometimes gets overlooked but sustains its grace and like a fine wine, gets better with age.


Listen to Our Essential Band of Horses Playlist on Spotify
Posted by Salvatore Bono at 5:48 PM