...and now to add to this ever growing list is an artist who is constantly reinventing herself as not just a persona or style of music but in an overall package that blurs the line between pop, alternative, rock, and even in some cases, experimental. This is a category for someone just like her. 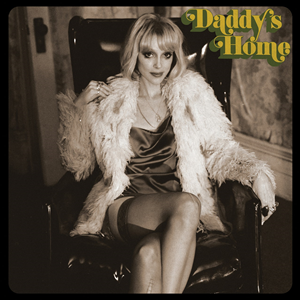 Annie Clarke is a shapeshifter and a certifiable icon. So when she combined her love of icons like Warhol, New York City in the 1970s, her father's classic rock collection and took on the persona of Warhol Factory alum trans legend Candy Darling, the possibilities were endless. Daddy's Home is a concept record that pays homage to all of these things. A record that recorded in order to connect with her father as he emerged from a prison sentence to the era of things he enjoyed and what surrounded them. She takes us in a musical time machine back to the seedy, gritty, dangerous New York City of the mid-70s and gives us a new spin on it as she sings through a modern eye. A record that after endless listens this year gets more and more interesting with every spin.

Posted by Salvatore Bono at 3:09 PM