In the past winners have included:

...and know to add to this growing list of talent is someone who stepped out from the business office and the decks to fully assemble himself as an artist on his own. The man behind the signings of one of the greatest and most influential indie labels in music history picked 2018 to flex his own muscle and prove that he not only has a great ear for talent but is also talented enough to craft one of the best albums of the year. Ladies and Gentlemen, the 2018 League of Their Own winner is... 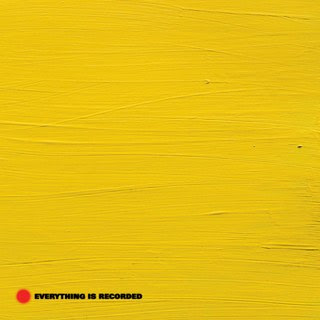 Richard Russell - Everything is Recorded

Russell, the head of Britain's XL Records, the label responsible for discovering Adele and releasing records from Thom Yorke, The xx, Frank Ocean, Sigur Ros, King Krule, The White Stripes, FKA Twigs, MIA, among others, turned heads with his solo debut. "Everything is Recorded" is a record that took many by surprise as the producer and label head has dabbled working with icons like Gil Scott-Heron and Bobby Womack along with others from XL but never put anything out on his own. "Everything is Recorded" is a statement record that takes a subtle jab at what music will look like in years to come. XL has always been a label full of taste makers so it shouldn't be that alarming that the label head would craft a delicacy of sound alone and with some friends. Calling in help from Sampha, Kamasi Washington, Ibeyi, Russell takes the subdue and relaxed sounds coming from younger artists today and injects them with the maturity and craftsmanship that an architect would when building a high rise.
Posted by Salvatore Bono at 1:42 PM