We closed up shop here at Officially A Yuppie a year ago and have kept to that but since it is still in our nature to still do our year end lists. Normally the roll out is one a week starting on Thanksgiving weekend but we are going to post all 3 major lists now and in keeping with tradition on putting them up this holiday weekend.

This is the first of three lists we will bring out over the next three weeks, next week we will present our coveted League of Their Own and then finally, the Top 10 albums of the year. Here we go -- our Honorable Mentions, albums that were very good, but not good enough to crack the Top 10 but still worth of note.


As we always do, we breakdown the list in short form and then with explanations.

2019 Honorable Mentions in Short Form (In No Particular Order):

Now, in long form (In No Particular Order) 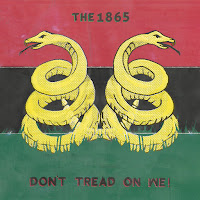 The 1865 - Don't Tread on We!
One of the most furious punk bands to emerge in years does it in such grand fashion that you will not forget about them easily. The New York City based four piece's debut features Renaissance Man Sasha Jenkins and bombastic vocalist Honeychild. The album is written from the perspective of a person of color living in 1865 post the Emancipation and wrestles with America's dark past far better than any history book ever will. 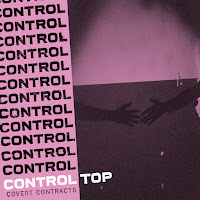 Control Top - Covert Contracts
The DIY punk scene was alive and booming this year thanks to many of the bands on this list but none did it better than Control Top. The bands abrasive but melodic sounds has you thinking if Debbie Harry fronted The Germs what would have that sounded like? Covert Contracts is a record about liberation, sexual identity, sexual revolution, and dealing with every day bullshit and how to fight through it all. 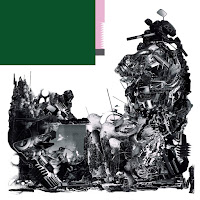 Black Midi - Schlagenheim
Leave it up to 4 teenagers from England to bend the rules and sounds of rock and roll in directions you never expected. Schlagenheim is a tour de force going into areas you didn't think guitar, bass, and drums could go. Many will label and have labeled them as "math rock" but it is far beyond that. It is like Radiohead but instead of plugging their instruments into machines, what if it sounded like what they were going for but without help. Dynamic rhythms, curious crossfire guitars and thunderous basslines, it is something the British are great at and a new generation is proving it. 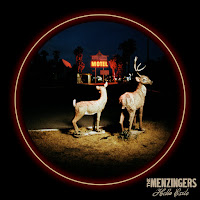 The Menzingers - Hello Exile
While boasting 2 of the year's best rock songs in "America, You Are Freaking Me Out," and "Anna," the Philly band return for one of their best records. Hello Exile is everything people have loved about the band with its finger print in pop-punk, emo, punk, garage, and alternative, Hello Exile is a mainstream record for a band who have always felt as if they should be way bigger than they are. 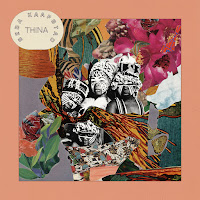 Sheba Kaapstad - Thina
This South African band just does it all and if you are a music lover, this is a record to not miss. Thina is the first full length from the Cape Town based band and features sounds ranging from traditional folk to jazz to hip-hop to R&B to pop. It is a record that if you put on, not only will it be hard to turn off but you will find yourself traveling in your thoughts to paradise. 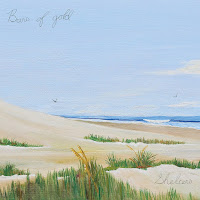 Bars of Gold - Shelters
What if James Brown and Chino Moreno had a singer which could blend R&B, funk, and hardcore at once? Enter Marc Paffi who not only can do it all but has a band to back him up. Shelters is the latest release from the Bear Vs. Shark frontman's other band and it is their finest to date. You can shake your hips and head bang simultaneously as the music takes over like the cast of Beetlejuice when they hear Harry Belafonte call Mr. Tally Man.
Posted by Salvatore Bono at 1:24 PM