...and now to add to the growing list is a band that is constantly putting forth various efforts that blow away both fans and critics. They break all the rules of what conventional rock and roll should be and what heavy metal should be and what psychedelic should be and as we enter an age where we move away from labels and genres, they are the perfect takers of this award. Ladies and Gentlemen, the 2019 League of Their Own winner is... 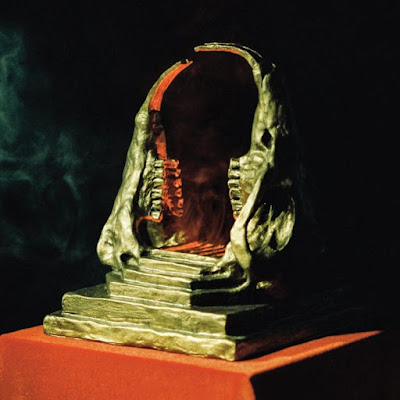 King Gizzard and the Lizard Wizard - Infest the Rats Nest

Since forming 9 years ago, this Australian seven-piece has released 15 albums including two this year and each record is like a star in the sky -- far different than the one next to it. Most bands do not even make 15 albums during their entire career. Earlier in 2019, the band gave us the psychedelic prog album, Fishing for Fishes, then months later they followed it up with the abrasive and diabolical Infest the Rats Nest. This album hands down might be the heavy metal album of the year for us and many others and it comes from a band who do not wish to identify with any one type of sound. While it might always be quantity of music for King Gizzard it also means quality and if they keep going at the pace they are, the sky is the limit.

Posted by Salvatore Bono at 1:45 PM