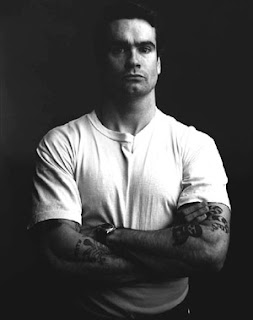 Punk. Poet. Activist. Leader. Henry Rollins has done more in his lifetime than most will ever achieve. The former singer of DC hardcore band State of Alert then joining and fronting the legendary band Black Flag. Rollins became the poster child of 80's hardcore. However, through his time he has shifted into other roles. Forming his own band Rollins Band in the late 80's and jumping into acting, writing and taking the stage to do spoken word and comedy. Henry Rollins is a true Renaissance Man. With all that Rollins has accomplished, one thing that has stayed consistent throughout his illustrious career is his humanitarian work and fight for social change. From visiting our wounded soldiers in hospitals, performing on the USO tour, a champion for gay rights and fighting for equality for all. Henry Rollins is much more than an entertainer and in our time of reform, we need a man like him who has never been shy and never cares what people think of him to give a voice to the voiceless. Rollins is currently staring in the second season of Sons of Anarchy and is receiving rave reviews of his work. I had the opportunity and privilege to speak to Henry, we discussed his massive body of work, Sons of Anarchy and the topic on every Americans mind - Health Care reform. Take a look at my interview with Henry Rollins below...
You are a true Renaissance man with everything that you do, from music to film to activism to radio. What are you doing these days?

How has your gig on “Son’s of Anarchy” been going?

HR: It’s been going great. It’s a very good show and I am lucky to have a small part in it. It’s wrapping up now, the summer has gone very quickly because of it.

With all that you have done, what is your favorite outlet for entertaining the masses?

You have been an important figure not just to music but to social issues. With our current state of the union, how do you feel about things in America today?

HR: I think America is waking up to some unpleasant things that have been on the sidelines. Healthcare being one of them. The system is broken and there’s no quick fix. You see how much grief the president is getting even trying to make things better for average folks. I think America will not rise to the occasion and that the inherent mediocrity that we have been able to enjoy for several decades will prevent us from moving forward. I think we are in a situation where the captives are protecting the captors and shooting the rescuers.

With your spoken word you have managed to enlighten and open the mind of your audiences around the globe. With so much negativity these days, do you find it a struggle to get on stage and try and do what you do?

HR: No. The more things get intense, the more I have to talk about.

With all that you have going on, do you ever find time for yourself?

HR: Sure. I have evening free quite often. Weekends are not as busy as week days and I try to do things that are not work related. You need some balance. The woman I go out with is also a very busy person so we try to carve out some time to hang out and it’s worth it to do so.

Going to your musical side, Rollins Band has been inactive for a few years. Will we see a reunion or a return from you to music world soon?

HR: I am not feeling the need to make music at this point.

HR: I think music is really happening right now. If you look elsewhere from the big leagues, music is great. It’s in the major label world where it’s not all that interesting, to me at least.

Do you ever feel jealous or angry, if not both, about how fast it is for someone to get recognized today, unlike when you started out starving for what you were doing?

HR: No. I never went into any of this for fame. Also, and most importantly, all those years I was hungry and having to reach hard for everything, those were the best lessons I have ever had and are invaluable to me now. Those who don’t learn them might have a hard time holding onto what they get. I have been very fortunate in my life as far as music and all the rest. A lot of it was from sticking with it and not forgetting where I came from.


Rollins Stand up on Dating.. 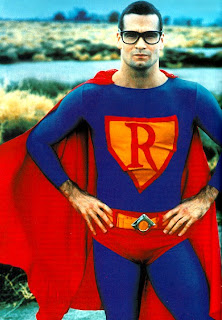 Special thanks to Henry for this interview and his kind words of support!
Posted by Salvatore Bono at 8:29 AM