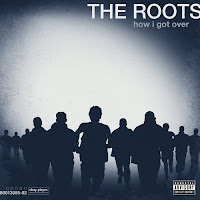 The Roots – How I Got Over***
By Matt Warford
Don’t get it confused; I never thought that Black Thought would be relegated to becoming a 2010 Kevin Eubanks. That said, I was a bit puzzled to see that the greatest (and most “Legendary”) Hip-Hop band of all time had decided to provide musical accompaniment for a third tier Night Show. Understandably, I was apprehensive aboutwhat this meant for future albums. With standout tracks like “Dear God 2.0” (a re-worked Monsters of Folk song), “The Day” and “Walk Alone”, How I Got Over leaves no questions about The Roots dedication to their craft. Equal parts pessimism and optimism, the album is their best effort since Things Fall Apart over a decade ago.
FINAL GRADE: A 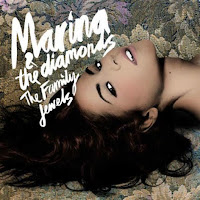 Marina and the Diamonds – TheFamily Jewels
A Greek-Brit, Marina is full of spunk and sass and oozing with creativity. Marina is as crass as Lily Allen, as catchy as La Roux and holds the attitude of Liam Gallagher. She is not an easy person to speak with or deal with (I recently chatted with Marina, stay tuned for that interview), but The Family Jewels is grand debut. Leaving my personal feeling about her aside, this girl made a solid record. The album finds Marina attacking fame, Hollywood and the rest of America. It amazes me she makes these attacks since she is signed to a major label and is benefiting from it, she is a terrible punk. Maybe she is bitter since she has not conquered the other side of the pond yet, whether or not if she does, she proves her worth on The Family Jewels.
FINAL GRADE: A- 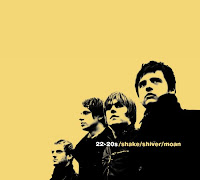 The came and they went and are back. In 2004 UK’s 22-20’s broke onto the scene as a great garage blues band and just as they were about to rise into something larger than tiny rock clubs, they called it quits. Shake/Shiver/Moan finds the band back in action after a four-year hiatus and I am glad to say they are back. Catchy garage rock, which may not be groundbreaking it is hip and fun as hell to listen to.
FINAL GRADE: B+

Back with more of those block rockin’ beats, The Chemical Brothers return. On the electro pioneers seventh studio disc, it finds Ed and Tim venturing off into the great abyss. For the first time ever, The Chemical Brothers have a studio album with no guests whatsoever from start to finish and create an electronic odyssey into wandering territory. Longtime fans of the duo will be amazed with what they have done, casual fans may dismiss it, but there is no argument, they are still ahead of the curve and push things further.
FINAL GRADE: B

The long awaited debut from one of New York’s buzz bands has finally arrived. The Postelles self-titled debut has been two years in the making, produced by Albert Hammond of the Strokes, The Postelles channel their mentors garage influences and cross it with surf pop and doo-wop for a fun listen. The perfect disc to blast on the beach or on the way to a BBQ or crammed in a subway in the boiling heat, The Postelles have created the soundtrack to your summer.
FINAL GRADE: B 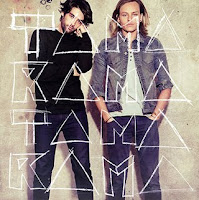 The latest release from the Australian surf rock duo finds them leaving their native land and settling in New York City for some inspiration and working with some heavy hitters. Singing to Universal Music and having David Kahne (Sublime, The Strokes) producing their latest finds these beach boys much more polished and refined. Tamarama is another nice companion for your iPod on the beach this summer.
FINAL GRADE: B- 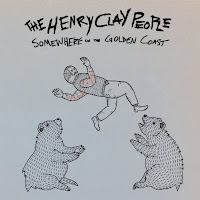 Henry Clay People – Somewhere on the Golden Coast
With a name as bizarre as Henry Clay People one would expect them to play very bizarre music, however, these West Coasters know how to have fun and bring the noise. With wall-to-wall fuzzy guitars and pounding drums, Henry Clay People have been making a name for themselves on the road all year and try to capture their energy on disc. Certainly a band to not sleep on and will be the next big buzz band.
FINAL GRADE: B-

David Karsten Daniels & Fight The Big Bull - I Mean To Live Here Still
A psychedelic jazz-fusion of collaboration between San Fransisco’s David Karsten Daniels and Virginia’s Fight the Big Bull is as crazy as Miles Davis Bitches Brew. It is an interesting array of musical qualities and musicianship that should be explored. The combinations of these acts are venturing into new territory and though it maybe hard to put my finger on exactly what they are doing, it is worth a listen.
FINAL GRADE: B- 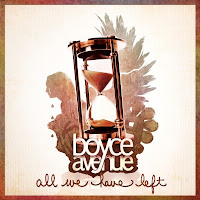 Boyce Avenue - All That We Have Left
Taking notes from contemporaries such as Coldplay, Snow Patrol and showing off their heavy U2-style influence, Boyce Avenue are radio friendly rock that one cannot really complain about. Nothing extremely ground breaking but will spread like wildfire across pop radio. All That We Have Left is a polished and clean effort that will spark much interest in those searching for something safe and new to listen to.
FINAL GRADE: C+ 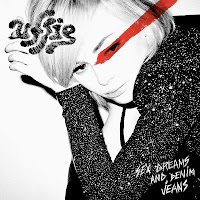 Every major record label needs their female act or their “It” girl. Bad Boy had Lil Kim, Interscope has Lady Gaga and the list goes on and on. France electro power house Ed Banger who are home to the likes of Justice, Busy P, SebastiAn and countless others have been producing amazing French artists for the better part of a decade. Uffie is their “it” girl and unfortunately for them, she just does not have “it.” Her music reminds me of Lady Sovereign rapping over electro beats, too bad Ed Banger could not have a La Roux or Marina and the Diamonds on their hands, which is what I am sure what they were going for. What they do have going and what Uffie does have is a look that screams sexy, so she will catch the attention of the crowd just by walking on stage without having to do anything. Uffie’s debut just finds her trying to hard to fit in with the boys and stand out with overtly sexual overtones and sad attempts at raunchy lyrics, Sex Dreams and Denim Jeans just falls short for this Parisian sexpot.
FINAL GRADE: D
***Matt Warford is a contributing writer to With This I Think I'm Officially A Yuppie.
Posted by Salvatore Bono at 5:13 PM