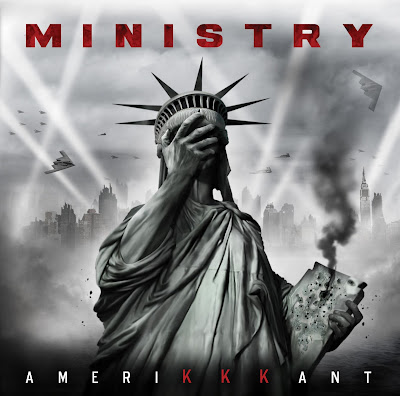 In a press release, frontman Al Jourgensen, who also produced the record, said the album "will provide FEMA-type relief for the devastation ‘Hurricane Cheeto’ has brought upon us.” Adding that the album is about “the waning respect for the US Constitution, the growing acceptance of one’s opinions replacing facts, the decline of our leaders’ sense of morals, ethics and personal responsibility to the country and to their constituents, and the mad man in the White House.”

Take a look at the cover, above, and hear see the tracklisting, below, and hear the lead single, "Antifa."