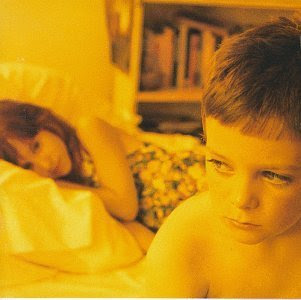 Nearly 25 years ago, one of America's most underrated bands -- The Afghan Whigs, released their fourth and possibly best record with Gentlemen. The album, which was recorded in Cincinnati and Memphis between May and June 1993, arrived that fall and like most Whigs records, was unfairly lumped with the Seattle grunge bands and rock acts of L.A. as just a Midwest ripoff. However, the Whigs were always more than just a rock and roll band. The band combined funk, R&B, soul, as well as themes of sex, death, crime, made them not just a darker and more curious band than their contemporaries but far more creative and boundary pushing. Gentlemen is a testament to that. Produced by their frontman and leader Greg Dulli, the record has stood the test of time and goes far beyond what a 90's rock band would have released during the heyday of radio friendly days on the terrestrial platform. Gentlemen, which featured a cover of a boy contemplating his life at edge of a bed while a young girl lay in the bed was inspired by "Nan and Brian in Bed, New York City" by Nan Goldin. It is a cover that if it were out today, would have social media divided on if it is art or outrageous. After it was released, the album was a critical success with the Village Voice giving it an A-, NME giving it a 9/10, and Rolling Stone rated it 4.5 out of 5 stars. Propelled by the title track, "Debonair," and "What Jail is Like," peaked at 13 on Billboard's "Heatseekers" chart in the spring of 1994. In 2014, the band released Gentlemen at 21, a celebration of the record which featured a reissue and second disc of bonus material including B-sides, covers, and outtakes. The band split in 2001, and reunited for a one-off show in 2006, before reactivating in 2012 and releasing two brilliant albums -- 2013's Do to the Beast and last year's Album of the Year -- In Spades.


Listen to Our Essential Afghan Whigs Playlist on Spotify
Posted by Salvatore Bono at 5:36 PM