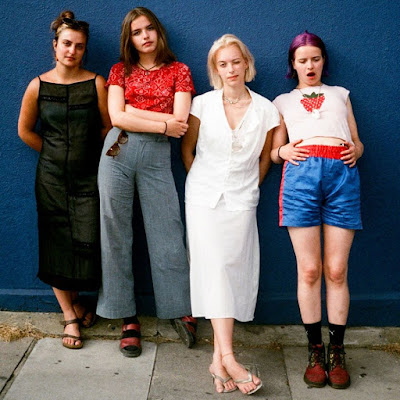 London continues to be a breeding ground for influential indie rock and in turbulent times it simply crafts some of our greatest artists. This latest band is no exception and is proof of the continuing tradition of great acts to come from across the pond. Goat Girl are the band that defines our current times. The South London four-piece combine the guitar work of The Smiths as well as the girl power of The Breeders and the playful but quirky folk attitude of The Roches.

This week, they will release their 19-song self-titled debut and made their way to SXSW where they took Austin, Texas, by storm. “Simply put, it’s an album that comes from growing up in London and the first-hand experience of our city’s devolution,” say the band in a press release about the record.

“We wanted to think of it as this place seen not necessarily just through our eyes, but someone who can’t get past the abnormalities and strange happenings that exist in our city. We think this gives the freedom lyrically and musically to explore unspoken truths and emotions that we all as humans feel.”

This is a band that will have all of the taste makers of the years talking and one you want to jump on now.

Posted by Salvatore Bono at 6:46 PM