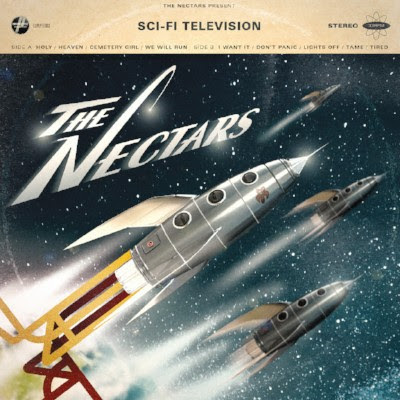 New Jersey buzz band The Nectars will release their debut album, Sci-Fi Television, in May.


“Sci-Fi Television is our cumulative answer to the last 60 years of rock music, dissected on our alien operating table," says the band in a press release. "Immensely personal and sometimes profoundly goofy, we wrote these songs as an attempted escape from all the real life monsters surrounding us. What we didn’t realize initially was isolating ourselves from the turmoil of news media left us alone with an entirely different beast. Ourselves. Picking apart the bad habits of our 20’s through song brought clarity to our band message. Profound societal change begins from within. There’s no hiding from yourself. With that in mind we’re abducting Rock N Roll, and never bringing it back. Enjoy.”

Take a look at the cover, above, and the tracklisting, below, and watch their video for "I Want It."