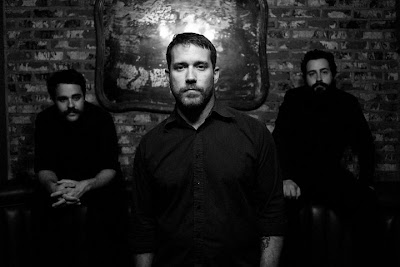 2012 has been a busy year for Chuck Ragan. He is still supporting his brilliant 2011 solo record, Covering Ground, he is still on the road headlining the Revival Tour, and not to mention releasing a new album with his main band - Hot Water Music, the post-punk band have not released an album together in eight years and it is easily one of the most wanted and anticipated of the year. With all of this going on, Ragan still remains grounded and one of the most humble and grateful people in the music business today. We had the honor and privilege to speak with Mr. Ragan about his work, songwriting and other projects fans of his should get excited about. Take a look at our interview with Chuck Ragan below:


Since 2007 you have steadily released solo albums, when did you realize you wanted to grab an acoustic and just start going on your own?

I've been writing, recording and playing acoustic music a lot longer than most people know.  I started on acoustic and it's always been the instrument of choice at the end of the day.  When I was younger I definitely preferred playing louder but as I've grown older I've found that less is certainly more.  Especially in volume!!  In all seriousness, even through the years of playing in bands, I've always played acoustic and wrote songs on my own, it wasn't until Hot Water Music went on an indefinite hiatus and split for a while that I switched all of my main focus back to my own songwriting and work.

When you mentioned it to the guys in Hot Water Music that you were going solo for a bit, what was there reaction?

I never mentioned that at all because that was never the intention.  In fact at the time I had aimed to get away from the music "business" and focus on my trade and start a custom home building business.  I never stopped writing songs, I never stopped playing music.  There was never a lull in my life for that.  I was just burnt on the band, burnt on the road and wanted a stationary life with the woman I loved.  When HWM was writing for "The New What Next" I told the guys after a writing session that day that I was done.  It was one of the hardest things I'd ever tell a friend.  I knew that they were full on and I felt the opposite.  I felt moving forward would just be lying to the people who believed in our music and lying to myself by continuing being on a stage while I truly wanted to be somewhere else.  Our own songs and my own lyrics started ringing truer than ever to me and at that moment I relaized that if I didn't own up to that and face that demon, then everything that I had fought and stood for w/that band would have dissolved.  Their reactions were all different.  Some positive and very understanding and some the opposite but understandable to an extent.  It wasn't an easy time but nothing that's ever worth anything comes easy I suppose.

Your latest record, Covering Ground, is some of the best material you have ever written. When you were laying things down for the record, did you ever stop and say “damn, this is really good?”

Not really.  I write a lot, I sometimes write very consistently so there's always a stream of something happening or getting documented.  I know that some of it's good to me and then I also know that a lot of it isn't and will never see the light of day or another ear and that's fine.  To me those songs, melodies, lyrics and parts are just as important as the ones that actually make it onto the records.

Much of Covering Ground is about hope and aspirations but also being comfortable in your own skin (at least that is what I get from it), what does Covering Ground mean to you?

You said it.  Finding the balance.  Doing your job and fulfilling your duty in your life for your partner or your loved one.  Your trade or line of work.  Doing what you love to do and loving what you do.  Finding the balance between passion and duty and staying alive along the way while counting your blessings and not forgetting to stop and realize how you got there or who helped you get you there in the first place.

Many artists from other bands – Frank Turner, Brian Fallon, Dave Haus, Craig Finn, Greg Attonito and yourself have all very similar things in coming. Trading off punk bands and acoustic- anthem sounds. Why do you think this trend is happening more often now than ever before?

There's been a rise in the popularity of it and in turn it's gained momentum behind it which will always bring more interests and continue the cycle.  Who knows for how long?  The thing about genres and buzzes in music etc. is that they always come and go, rise and fall in popularity but that is how we as music lovers decipher what is true and false in today's music and what we know and love as well as what will stand the test of time and continue on whether it's popular or not.  I'm proud to say that I run in a cirquit with whom I believe are some of the most incredible songwriters of our generation.  Some of them you'll see playing stadiums or in front of thousands of people a year or on tv even, but.....these folks....these people... these are the songwriters that will be around whether it's cool or not, whether they are playing sold out theaters or your backyard bbqs.  These are the people that inspire me and that I'm proud to call my friends.

Touring with some of those names mentioned before, anyone every think about starting a mass band / supergroup together – like The Traveling Wilburys of punk?

In 2010 you had mentioned in an interview that you and Brian Fallon were collaborating on music together. What ever ended up happening with that project? Will those sessions ever be released?

We decided to postpone it.  At the time we were both too busy, him with Gaslight and I with Revival and my own songs.  We wanted to do it but decided to hold off and he went forward with Ian Perkins and The Horrible Crows record "Elsie" and I with "Covering Ground."  We'd love to make it happen but you never know in this business.

Going out on stage every night by yourself with your guitar, the audience participation seems to be huge. They in-turn become your backing band. What is it like to have a room full of people singing along with every word you have written?

Overwhelming, inspiring, intimidating, flattering, peaceful and raucous all at the same time!

Given your different styles in your solo work and in Hot Water Music, which do you prefer?

My own work by far but that doesn't mean I'll put any less passion and steam into the HWM songs when the time or the show comes.

What has been the best thing about being on your own?

Posted by Salvatore Bono at 6:17 PM