Andrew W.K. Celebrates 10 Years of I Get Wet in NYC 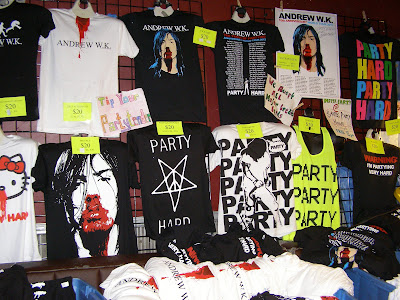 “When you get to do what you love most in the world, you don’t have time for a hobby,” Andrew W.K. told me as we sat down to speak before his chaotic homecoming gig at Webster Hall. Andrew, who has gone from singer and musician to party starter, record label owner, motivational speaker, and club owner has had a decade that could last him three lifetimes and he shows no sign of stopping.  Andrew is on the road celebrating  the 10-year anniversary of his debut album, I Get Wet, a record from start-to-finish was filled with non-stop party anthems that appealed to hipster kids, frat boys, punks, metal heads and top 40 listeners. Decked out in his signature white-on-white ensemble with sunglasses and a baseball hat that read “Party Hard,” Andrew and I discussed the decade he has had since I Get Wet was given to the world to hear.

“You visualize your dreams,” Andrew said when I asked if he had any idea a decade ago I Get Wet would be celebrated as it has, “I hoped it would be, but that’s the thing, you cannot think about it too much.” The response he is getting from the shows and the fact that he can go on the road to celebrate a decade of this record, he said the whole experience makes him humble. For him, playing these songs over again is “more fun,” and that he and his band are better at them now than ever before, after all, practice does make perfect, he said a decade into this, he has “more appreciation for the songs.” “When we first toured, people knew the words before the record even came out. Now it is a powerful experience every night to hear everyone sing the songs,” while the road may get some musicians down, for Andrew it reinvigorates and inspires him. Aside from a tour to celebrate I Get Wet it will also have various reissues of the record, including a CD remaster, vinyl remaster, and a deluxe box set which contains various “presents,” as he puts it, which has confirmed to be locks of Andrew’s hair, set lists, notes and anything he can come up with to fill the 500 limited edition deluxe box sets.

In the time that Andrew first busted onto the scene, he has gone on to release seven records and plans to get back to recording in June. His process for the new album will be, “Do the most exciting song ever written, then do another. It will be the best, the most high energy, record I can make and give it a passionate delivery.”

Andrew, whose music, live shows and personality have always been high octane and immersed in the idea of having fun, put all of this into business and got together with two other friends and various investors and opened New York City’s first new nightclub, built from the ground up in almost 20 years - Santos Party House or as Andrew calls it, “An architectural manifestation of the party spirit.” Andrew, who DJ’s from time to time at Santos, including the official after-party for the Webster Hall gig later that night, said that the city made him and his partners work for making the club just right and getting it all together. I asked if he was inspired by the infamous Peter Gatien owned clubs that put New York City nightlife on the map in the 90’s, he replied, “Of course. Those places, Limelight, Tunnel, all legendary. We took that idea of wanting different people from different tastes and styles to party under one roof. We really wanted to put the good energy back into this town.”

Two hours after our interview Andrew and his band, which features his wife, Cherie Lily,  got the party started for I Get Wet official New York City birthday bash. With a waterfall of fans diving off the stage and sheer pandemonium inside the legendary Webster Hall that was enough to make the security guards want to quit their jobs, Andrew W.K. showed off the skills of the musician and entertainer he aspired to be all those years ago. 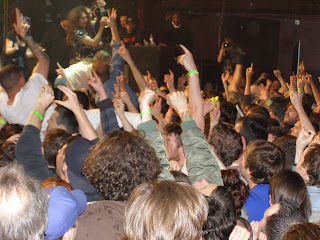 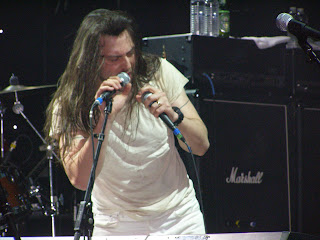 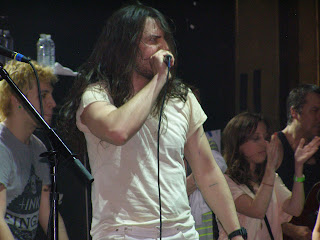 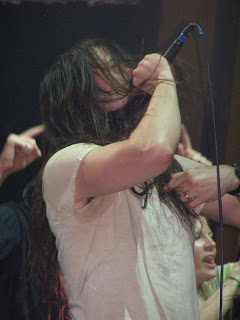 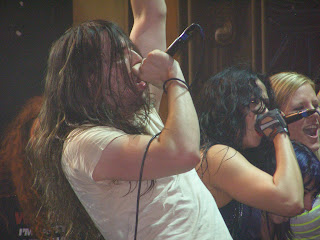 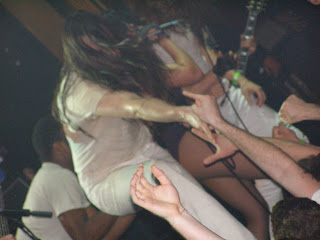 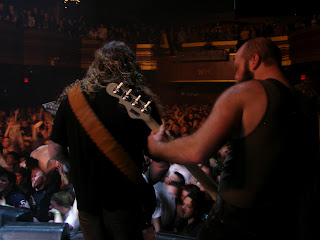 Promote Your Page Too
Posted by Salvatore Bono at 6:23 PM