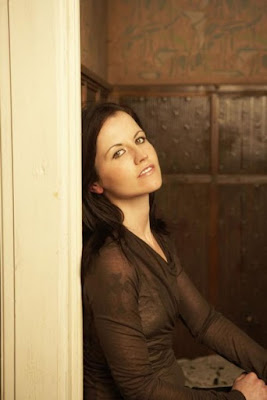 The world was shocked and saddened by the news that Irish singer Dolores O'Riordan passed away in London Monday at 46.

“Irish and international singer Dolores O’Riordan has died suddenly in London today. She was 46 years old. The lead singer with the Irish band The Cranberries, was in London for a short recording session. No further details are available at this time. Family members are devastated to hear the breaking news and have requested privacy at this very difficult time,” the statement read.

The cause of death has not yet been announced.


Listen to Our Irish Mixtape on Spotify Featuring The Cranberries

The band also released a statement on social media.

Irish and international singer Dolores O’Riordan has died suddenly in London today. She was 46 years old.
Family members are devastated to hear the breaking news and have requested privacy at this very difficult time. Full Statement: https://t.co/L8K98BFpSM pic.twitter.com/ADEY51Xnwe
— The Cranberries (@The_Cranberries) January 15, 2018


O’Riordan, who was born in the Irish city of Limerick, gained worldwide fame with her band The Cranberries. The Cranberries would be one of that decades most successful groups with the multi-platinum-selling albums, Everybody Else is Doing It, So Why Can’t We? (1993), No Need to Argue (1994), To the Faithful Departed (1996), as well as the acclaimed Bury the Hatchett (1999) and 2012's Roses.

The band went on hiatus in 2003, but reunited in 2009 where they continued touring and releasing new music. Their 2017 tour, which sadly would be their last, saw them performing with an orchestra in support of the reworking of their greatest hits on the compilation album, Something Else.

During the period of Cranberries hiatus, O'Riordan released two solo albums, 2007’s Are You Listening? And 2009’s No Baggage. In 2014, she started a side project with former Smiths bassist Andy Rourke and musician Ole Koretsky called D.A.R.K. where they released one album.


The "Linger" singer is survived by her three children, Taylor Baxter, 20, Molly Leigh, 17, and Dakota Rain, 12. She had the children with ex-husband and former Duran Duran tour manager Don Burton. The couple was together for 20 years before splitting up in 2014.

Following the shock of the news, many artists took to social media to eulogize the "Dreams" singer.


“The band are floored but it’s of course her family we’re all thinking of right now. Out of the West came this storm of a voice - she had such strength of conviction yet she could speak to the fragility in all of us. Limerick’s ‘Bel canto’.” Bono, The Edge, Adam and Larry.
A post shared by U2 Official (@u2) on Jan 15, 2018 at 4:17pm PST

We are crushed to hear the news about the passing of Dolores O’Riordan. Our thoughts go out to her family at this terrible time. https://t.co/6p20QD2Ii5 pic.twitter.com/vXscj0VGHS
— Duran Duran (@duranduran) January 15, 2018

So saddened to hear about the sudden death of Dolores O’Riordan. Our sincerest condolences to @The_Cranberries and all of her loved ones.
— Garbage (@garbage) January 15, 2018

WHAT. dolores o’riordan was an important & (as usual in this industry) under-appreciated poet-power-voice, influencing many...my song “half jack” from the @DresdenDolls 1st record was written directly after hearing “zombie”. may her voice carry on & on... https://t.co/ZuXMPllDPh
— Amanda Palmer (@amandapalmer) January 15, 2018

Bono performs at concert for Shane MacGowan's 60th birthday https://t.co/Dt5BPu5D4s He did "Rainy Night ON Soho" and added a snippet of The Cranberries' "Linger" at the end in memory of Dolores O'Riordan.) pic.twitter.com/Y8SJDpglFA
— atu2 (@atu2) January 16, 2018