So here it begins, the end of the year superlatives for what was the best albums (in my humble opinion of course) that defined 2009. Here is the first of three lists, we begin with my HONORABLE MENTIONS category, next week will feature my coveted LEAGUE OF THEIR OWN and followed by TOP 10. So here were records that were very good and solid but didn't crack the Top 10, however, are worthy of mention. As always it is broken up into a quick list and then with explanations.

- Morrissey - Years of Refusal
- Grizzly Bear - Veckatimist
- The Soundtrack of Our Lives - Communion
- Lily Allen - It's Not Me, It's You
- Manchester Orchestra - Mean Everything to Nothing
- Thursday - Common Existence 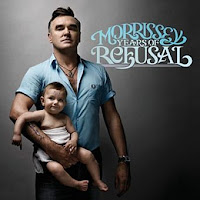 Morrissey - Years of Refusal
A pure tour de force from the former Smiths front man and legendary singer. Morrissey has always put out quality since beginning his solo career, yet Years of Refusal maybe his best work in years. A pure no apologizes and sarcastic record that, like much of Morrissey's work, is an introspective look into the complex singer. However, as age looms over the singer, this album shows he has no signs of stopping.
Key Tracks: Something is Squeezing my Skull, It's Not Your Birthday Anymore 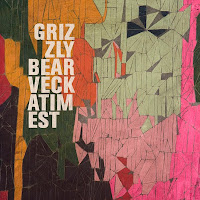 Grizzly Bear - Veckatimest
Boasting fans from Trent Reznor to Jay-Z, Veckatimest was 2009's most talked about record from one of the most talked about band's of the year. A very well crafted, layered and assembled record. It is symphonic indie rock with dense lyrics and a record that will have you saying, "wow."
Key Tracks: Two Weeks, Foreground 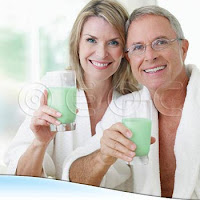 The Soundtrack of Our Lives - Communion
The first TSoOL record to arrive in North America in over 5 years. A double album! Yes, a double record and in a age when most bands are putting out short single records, these Icelandic art rockers put out enough material to last a few years and apologize for the gap between their albums. However, as much is thrown onto this record, in some area's it does fall short, had it been one concise album, it would have definitely cracked the Top 5 of the year.
Key Tracks: The Ego Illusion, Everything Beautiful Must Die 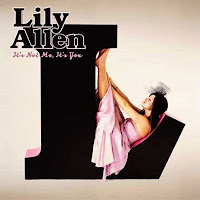 Lily Allen - It's Not Me, It's You
Oh Lily, what would we do without you. Defining the sophomore slump, Allen fires back with a record that is far superior than her debut. A record that throws a middle finger to the record industry, celebrity and critics, over electronic beats. This spunky Brit brought attitude and conversation to the table with this album.
Key Tracks: The Fear, Fuck You 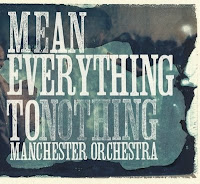 Manchester Orchestra - Mean Everything to Nothing
What a record, what a band. I was introduced to these guys at Lollapalooze this summer and was blown away. This is the band's second record of heavy lyrics, religious imagery and anger brought over heavy rock and roll and electric blips. This Georgia band is not a southern rock band by any means, and do not want to be labeled as one. Listen to this album and you will be hooked.
Key Tracks: Shake it Out, The River 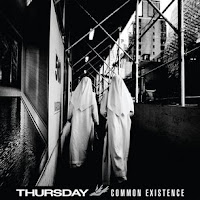 Thursday - Common Existence
Back to the loud, pulse pounding core of what put this New Jersey band on the map. The legendary Thursday made a record that will pop your ear drums and jumping around for the duration of the album. Common Existence is a return to form for these vets and show it will take a force of nature to have them stop.
Key Tracks: Friends in the Armed Forces, You Were the Cancer


So this was list number one, stay tuned next week for: League of Their Own.
Posted by Salvatore Bono at 8:36 AM