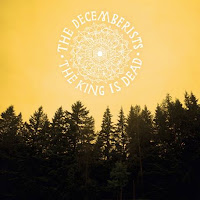 The Decemberists – The King is Dead
Portland’s favorite book worms return with a little help from REM’s Peter Buck on a few track and have crafted one of their finest albums. The King is Dead, unlike their last record, 2009’s Hazards of Love, is not a concept record, in fact it is probably the most introspective the band has ever been. Singer Colin Malloy’s jangling voice projects through and through and the songs are just so solid, that once the record is done, you will be hitting repeat. Just a few weeks into the year and The King is Dead is already a contender for the Top 10 of the year, if this is an indication as to what the rest of 2011 will look like, we will be in for a treat.
FINAL GRADE: A 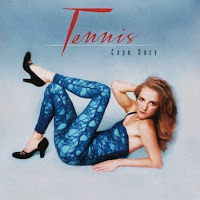 The fun in the sun buzz band from the husband and wife duo of Patrick Rielly and Alaina Moore released their much anticipated debut record, Cape Dory. The story of Tennis is told through the band’s music and songs, a couple the refurbished a boat and sailed around the East Coast of the US for eight months is chronicled in their awesome debut. A record that plays for under a half hour, it is short and to the point but such a fun listen. This will be a record that will be near perfect for summertime.
FINAL GRADE: A- 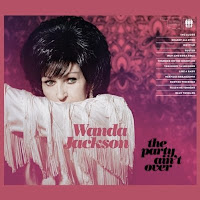 Wanda Jackson– The Party Ain’t Over
The Queen of Rockabilly makes a comeback of covers produced by Jack White. Recorded probably using the same technology made to create her early work, Jackson maybe 73 but rocks hard and better than some of the young ones out there today.
FINAL GRADE: A- 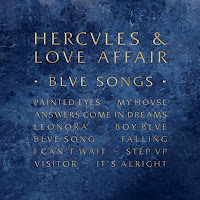 Hercules and Love Affair – Blue Songs
The electronic offspring of LCD Soundsystem return with their much anticipated second record and Blue Songs is an instant party starter. With the banging single “My House,” and Bloc Party’s Kele lending his vocal talents to “Step Up,” this is a record that will have you moving and shaking long after it finishes.
FINAL GRADE: B+ 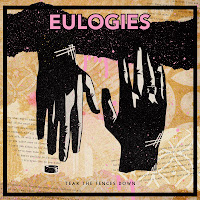 Eulogies – Tear the Fences Down
The passing of a loved one is a difficult thing for anyone to deal with, yet the passing of a loved one of a close friend and seeing your mate struggle could be even harder. For LA band Eulogies, their third record on Dangerbird Records is a stunning tribute to their young friend Pablo Castelaz (the son of Dangerbird co-founder Jeff Castelaz) who passed away in 2009 from a rare form of cancer at six years old. Eulogies make light of the situation as best they can for their friend Jeff and instead of dwelling on the past and what is lost, Eulogies show off a celebration of life.
FINAL GRADE: B+ 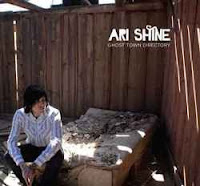 Ari Shrine –Ghost Town Directory
With the recent autobiography Life by Kieth Richards, Richards praises rock and roll roots in skiffle rock, I hope Keef gets a copy of Ari Shrine’s Ghost Town Directory for the fact that skiffle rock is back and with Ari, it looks like it will be here to stay. Ari Shrine is a young singer – songwriter using old methods of early rock and roll and does it so well. A very slick and pleasurable album that shows that you should keep Ari on your radar.
FINAL GRADE: B+ 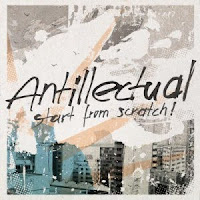 Antillectual – Start from Scratch
The Neatherlands is not known for pure punk, but that does not mean they can’t start doing it. The Dutch band Antillectual have been making music for a decade and it is their latest release, Start from Scratch that could gain them world wide attention. Pure furious punk from start to finish, this is a must listen for fans of Lagwagon, A Wilhelm Scream and Bars of Gold.
FINAL GRADE: B 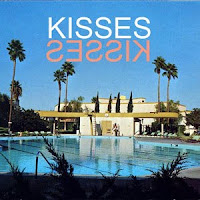 Kisses – The Heart of Nightlife
Think the soundtrack to Grand Theft Auto – Vice City with songs all sung by Bernie Sumner of New Order or Alexis Turner of Hot Chip. A boyfriend – girlfriend duo out of LA is taking the New Wave sound of the 80’s and making a great end of the night record.
FINAL GRADE: B 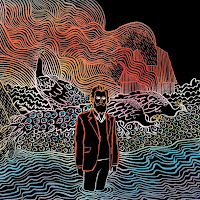 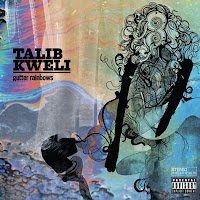 One of Brooklyn’s finest returns with an album that is a lyrical mosaic of the people and culture around him. There is not too surprising here from Talib on Gutter Rainbows, more socially conscience and heartfelt lyrics and topics ripped right out of the headlines. Take a keen listen to his guests Jean Grey and Sean Price as they shine on the songs they are featured on.
FINAL GRADE: B 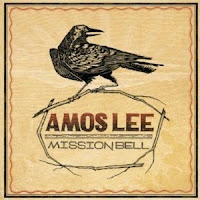 The suave singer songwriter returns with another record of pure hits from the heart. Nothing too new here for fans of Amos Lee, still doing what he does best, just giving pure passion to what he does.
FINAL GRADE: B- 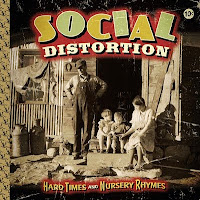 Social Distortion – Hard Times and Nursery Rhymes
After months of being pushed back and back, legendary SoCal punkers Social Distortion return with their latest and follow up to 2006’s epic Sex, Love and Rock and Roll. Anyone that has loved and followed Mike Ness and the boys through the years will find this is another addition to the collection, not too surprising or stand out from the new record, but always nice to hear something new from one of rock’s greatest bands.
FINAL GRADE: B- 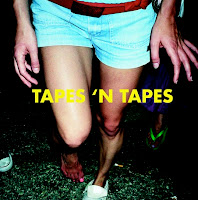 The Minneapolis indie darlings return with their third record and low and behold, it sounds like a Tapes N Tapes record. Much like Social D, nothing too shocking or surprising from this release, however, the opening track “Badaboom,” is certainly worth a listen, could be their finest song since “The Insister.”
FINAL GRADE: B- 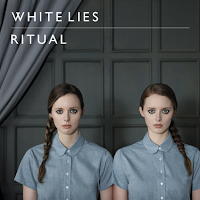 The British electronic – rock heavy hitters return with a record that sounds exactly the same as their debut. If you heard White Lies 2009 debut, To Lose My Life, well you pretty much heard Ritual. Rather disappointing from a band that was poised to be rather promising.
FINAL GRADE: C 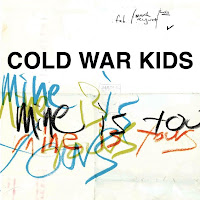 Cold War Kids – Mine is Yours
Remember when Dashboard Confessional went from The Swiss Army Romance to A Mark, A Mission, A Brand, A Scar? It was the same name of the band but everything you liked about Chris Carrabba and his work was totally different. Well, that is how you can say Cold War Kids latest is. Everything you have loved about this band is taken and thrown out the window and created a generic sounding indie record that tries it hardest to be a pop-rock record. If you have been a long time fan of the band, this is a disappointment, if you never heard of them before and maybe heard a song or two you will like it, but this is not how you should get into this band.
FINAL GRADE: D
Posted by Salvatore Bono at 4:50 PM