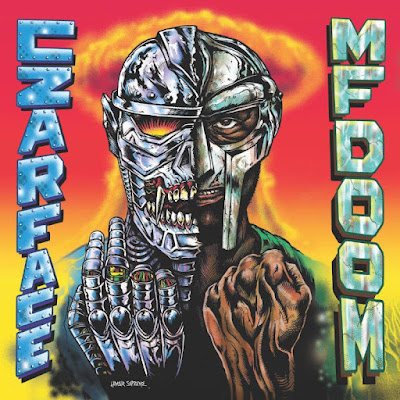 In March, Czarface will release their new album Czarface Meets Metal Face! The album will be collaboration between elusive rapper MF DOOM the hip-hop outfit that features Inspectah Deck of Wu-Tang, 7L & Esoteric.

In April, A Perfect Circle will release their first album in 14 years, Eat the Elephant. Take a look at the tracklisting, below:
Eat The Elephant
Disillusioned
The Contrarian
The Doomed
So Long, And Thanks For All The Fish
TalkTalk
By And Down The River
Delicious
DLB
Hourglass
Feathers
Get The Lead Out

In a recent radio interview with Australia's Triple J, Anderson.Paak confirmed he will be releasing new music this year. "[Dre] had a heavy role in this new album that’s almost done,”.Paak said. “I won’t say any dates, but you can definitely expect it this year sometime.”

Following a massive online petition from fans, Alamada County supervisors have said that February 10th will be dubbed "Cliff Burton Day" in California. The name of the day comes after the late Metallica bassist who passed away in a car accident in 1986. Metallica shared the news on Twitter:

IT’S OFFICIAL! The Board of Supervisors from Alameda County has just proclaimed February 10, 2018, which would have been Cliff’s 56th birthday, “Cliff Burton Day.” Thanks to all of the fans who got behind this initiative. We love that he remains so revered. pic.twitter.com/Qxy0yFptSS
— Metallica (@Metallica) February 6, 2018