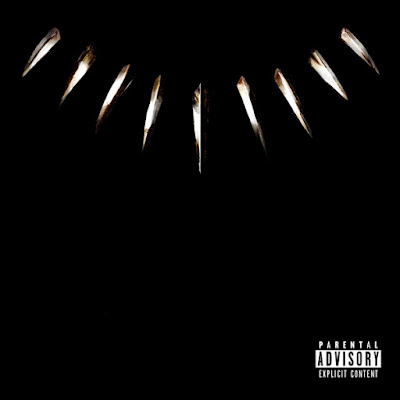 Black Panther continues to dominate the box office and we can tell you, if you haven't seen it yet, it is one of the greatest comic book to movie adaptations ever. Believe the hype. While the film brings in ticket sales, its soundtrack also delivers in ways you would and would not expect.


Listen to Our Essential Kendrick Lamar Playlist on Spotify

Executive produced by Kendrick Lamar and Top Dawg Entertainment, the soundtrack to Black Panther features heavy hitters like Lamar, SZA, James Blake, The Weeknd, 2Chainz, Schoolboy Q, Vince Staples, among others. The soundtrack has its moments where it gives direct shoutout to characters in the film like T'Chala, Kilmonger, and the fictional nation of Wakanda. More importantly the record not only fits in the universe of the film but TDE's as well. Lamar's thumbprint is on every song and each track feels like you are on a roller coaster ready to go on your own mission to save the world. If you were to just play the record straight and not know it was from a movie, you would think that TDE was assembling a victory lap with this record, which makes it that much more special. Each track could and should be a single, while not taking away from movie it simply adds to it.
Posted by Salvatore Bono at 5:32 PM