On the Road with Elliot Vol 1 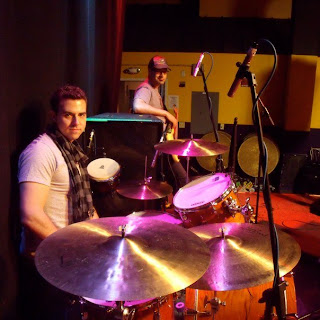 Ever wonder what it must be like to live on the road as a traveling musician? From living in a van to a big fat tour bus? From selling out clubs, to playing in front of a crowd who has no idea who you are, or taking the stage at Madison Square Garden? Well my good friend Elliot Jacobson, who drums for the likes of Jenny Owen Youngs, Ingrid Michaelson and April Smith can tell you. Elliot will be a special road corespondent for the blog and I am proud to have him on board to answer these questions and give us an insight on what it is like being on the road, away from family and living a vagabond rock star life. In the first of many volumes, this first entry will be a Q&A between Elliot and I to introduce the idea and himself to us as he is on the road with Ingird Michaelson. Take a look at my interview with Elliot below and stay tuned as Elliot will be bringing us more insight in the weeks ahead.

How is life on the road?
Life on the road is fun but requires tons of energy. We're very happy doing what we love, so that keeps us energized even when we're running on fumes. Our laptops are essential in keeping up on the real world. Twitter, Gmail, etc.

What are the ups and downs from being in a van/bus/car and traveling around?
E: We share a little mantra and it goes like this "The highs are high and the lows are low." The typical "highs" are playing to full houses and feeding off the positive energy of the crowds. Doing a great job and playing a great show makes you feel like you're on top of the world. Also, I personally love trying new food and seek as many sites as I can. We're all very close friends in this band, so spending down time together is always very uplifting and satisfying. It's difficult for me to complain from the position I'm in, but the standard "lows" are missing loved ones, getting little sleep, moving gear AFTER shows, and bad sound on stage in our monitors. It happens from time to time.

Is it weird to go and play such big places with one artist and then smaller places with others?
E: I like the contrast. It shouldn't matter how large or small the venue is if you're happy doing what you're doing. Sometimes bigger does not mean better.

What is the best thing about being on stage?
E: The best thing for me is the element of unpredictability that comes with our live shows. We try to get the crowd involved. Every night is different.

What do you hope to achieve while playing for these women?
E: I hope we inspire some people and show everyone a good time. More importantly, I hope every night we win over that guy in the audience who came just because his girlfriend dragged him.

Do you play on studio recordings with the gals?
E: I play on the recordings. Most of which are produced by Dan Romer. I played most of Girls and Boys with one foot in a hard cast. I have been with Ingrid since before I graduated college. I started recording and performing with Bess Rogers on her solo work about two years ago. I'm on her latest release, "The Travel Back EP. I just did a recording with Allie Moss that will probably be released soon. I also play with Jenny Owen Youngs when my schedule permits, and record and perform with April Smith and the Great Picture show.

Who is better to tour with, its cool, no one will find out...
E: I hate them all equally.

If there was one thing you could take on the road with you, what would it be?
E: One thing? my girlfriend. Two things? My girlfriend and our imaginary dog.

Ever have the Almost Famous moment on the bus screaming and yelling, then singing "Tiny Dancer"?
E: Kind of. We like walking to our bus when there's a line of people around the venue and scalpers come up to us and ask if we need tickets. I'm flattered when people ask for autographs. It's very surreal.

How did you get hooked up playing for these girls?
E: I went to college on Staten Island and met Ingrid because she's from/was still living there at the time. We rehearsed twice and then went in the studio with our bassist Chris Kuffner and recorded "Slow the Rain". I met Bess through Chris Kuffner. Chris and Bess went to college together at Purchase. Bess joined the band after we went through a few guitar players. Allie, a songwriter from New Jersey, offered to play in the band "temporarily".

Granted you are touring with sensitive women and living like gypsies, but does it ever get crazy after shows? The old Rock and Roll clichés and after parties?
E: Don't be fooled by the sweet voices and sensitive music; Ingrid, Bess and Allie are forces of nature. They're each self sufficient and incredibly strong individuals. Aside from all of the endless hookers, drugs, we're all pretty tame. Right now we're watching LOST from Season 1 on the bus. We drink Hot Toddies, go grocery shopping at Trader Joe's and Whole Foods. We make videos and post them on Youtube and Tumblr blogs. Occasionally we wind down after a show by smoking Hookah with shisha and drinking some local beers. 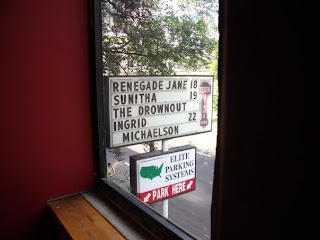 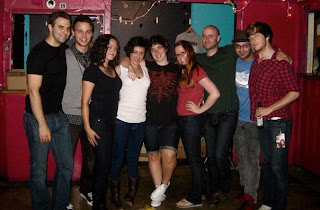 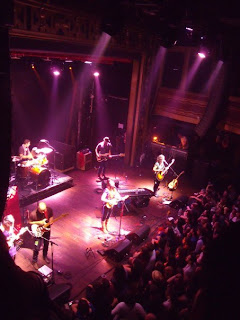 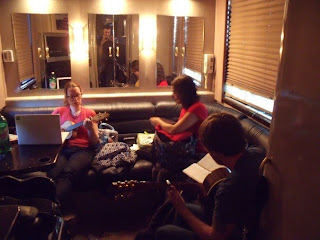 Special thanks to Elliot and Sarah Rubenstein for the interview.

Posted by Salvatore Bono at 4:29 PM