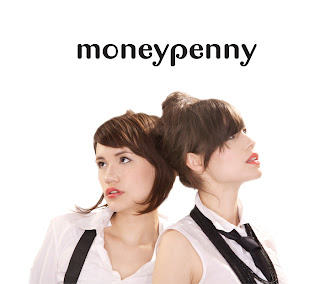 Very sassy, very sexy and very fun. Chicago beauties DJ Chess Hubbard aka Mother Hubbard and DJ A-Cup make up the Windy Cities favorite house DJ's Moneypenny. The duo, who made their live debut at Lollapalooza this past summer in Perry's DJ tent, engaged a large crowd of festival performers in an all out dance party in the middle of the day. From opening to the likes of The Bravery, Robyn, and Chromeo are poised to take the club scene by storm, one spin at a time. Take a look my interview with these very cool ladies, as I spoke to Mother Hubbard and DJ A-Cup about coming together, Chicago and where they want to go and who they dream of playing with.

What was it like making your debut at Lollapalooza?

Chess Hubbard- It was a bit daunting, but extremely exhilarating too. I have gone to Lolla the past few years since it moved to Chicago, but I also went to Lolla as a wee lass several years ago when it was a touring show so there was definitely some nostalgia wrapped into the excitement as well.

DJ-A Cup Luckily, making our debut at Lolla wasn't as intimidating as it could have been. It's in our hometown of Chicago, so even though we aren't well known on the national scene, we knew there would be at least a handful of friends and fans rooting us on

Was it extra special to not only debut at Lollapalooza, but also in your own backyard of Chicago?

CH- Of course. I think any show we play in Chicago is special since this is where we met and Moneypenny began!

DJA-Cup - Chicago has such an incredible music history, and its role in the beginnings of electronic music is really special as well. So for us to perform on Perry's stage, with such an emphasis on the type of music and artists we're inspired by, in our own home town, was quite an honor.

One thing we did to make our Lollapalooza performance really special was to keep our new original material and show under wraps. We've been recording new songs for a while but didn't really let anyone know besides our closest friends. It was great to be able to unveil them (we did do a couple of smaller preview shows the week before to warm up) to a hometown crowd and show them another side of our project.

Was there any pressure to make your set memorable since you were introducing Moneypenny to the world?

CH- We wanted to make it as special as we could and with the budget we had. Having a choreographer and dancers really added a lot to the set. We planned the outfits and make-up as well, but the dancers were the main additive that made it special.

DJ A-Cup- We put a lot of pressure on ourselves for the show knowing it was our festival and live debut. Instead of doing a traditional two turntable set (or no turntables, as many DJs did - some even pre-recorded their sets and just played that to make sure it was perfect), we opted for a crazy three turntable set where we dropped over 30 songs in the first 25 minutes alone. As far as the live portion goes... I used to design costumes and sets so originally I wanted an insane landscape and ridiculous costumes and dancers, but within the constraints of the stage (we weren't even allowed to hang a banner with our name on it), we toned it down to include dancing, choreography, and a little robot makeup.

How has Chicago influenced your style and sound?

DJ A-Cup – I don't think there's any Chicago DJs who can say house music hasn't influenced them a little bit - Chicago is its home. There is a nice underground and super stylish hip hop scene, and we often find ourselves playing up and coming Chicago artists like Hollywood Holt and Mic Terror, layering them over disco or odd finds from the 80's. There's also a really nice Nu Disco scene here - DJ SR-71 has been pushing it for a while, and I've noticed a lot of DJs taking notice.

CH- Hmmm. I think Chicago has a pretty diverse musical environment, but I think the most noticeable element that has effected our style and sound would be Chicago's rich house music scene.

You started off as DJ’s under the banner Rocktapussy, now you are Moneypenny. Why the change in name?

CH- We loved the name Rocktapussy, but it is more limiting in some ways. As far as radio play goes and of course the fact that some people hear "Rocktapussy" and think it is a joke name. We didn't want our name limiting us in any way. Having the name Moneypenny allows us to still reference James Bond and it is a name our parents even like!

DJ A-Cup- We started Rocktapussy as sort of a jokey moniker to attach to our DJ project at the very beginning. Once it started to take off and we began writing and recording original music, we decided to change it before it became a problem. For example, we just sold a Moneypenny song to ABC Family - and I would bet a thousand dollars they wouldn't have touched the music with the name Rocktapussy in front of it.

Separately you both were well known in the Chicago nightlife scene, why did you choose to team up?

CH- We met through Matt, my business partner and Jessica's boyfriend, and hit it off. We have similar tastes in music, even when it comes to weird goth and industrial artists, and I think we both have very tomboy personalities, so we got along outside of work too. Also, we complement each other very well. Jessica brings the charisma, style, and glamor while I bring the nerdtastic graphic design and computer programming abilities. It's natural working together and it's refreshing to collaborate with someone that appreciates music from all different genres as well.

DJ A-Cup- There's only so much you can do as a solo DJ - you can get into remixing and doing your own music, but it's so much nicer to have another ear to bounce ideas off. I think our mixes we do together are more interesting than what we'd come up with on our own. We share a love of off-center music, old industrial, goth, weird disco and 80's, terrible mainstream guilty pleasures, etc - and it's fun to take disparate ideas and blend them together. The shared love is key.

Who are some of the songwriting and production teams you have been working with?

DJ A-Cup - We work with friends of ours here in Chicago, Blake Smith and Mike Willison from the bands The Prairie Cartel and Caviar. They've been doing this a lot longer than we have and I frankly don't think we'd have even got our first song done without their help. Another fantastic songwriter we've gotten to work with is Simon Perry from NYC. Between all of us, we've been able to craft songs that span the spectrum of pop, rock, and electronic music - much like our mixtapes.

CH- Simon Perry, Prairie Cartel, and Hey Champ so far with a lot of others in the brainstorming phase.

You have shared the stage with some great acts like Robyn, The Bravery, and Chromeo to name a few. What were those experiences like? What did you pick up from those like acts?

CH- Opening for Robyn was our very first show ever. We had never DJed out in public before that and it was one of those moments where we could have choked in front of a 1000+ people and made a fool out of ourselves easily. But we didn't let the fact that is was our first show get to us. It was an intimidating experience, but after that show I knew we had something special because we pulled our set off and the crowd and staff loved it.

The Bravery show allowed us to play at Metro in front of a big audience and I just love Metro's stage and sound.

Chromeo at Hard Rock Hotel was exciting since we are really big fans of Chromeo's music and it was a Lolla after party and people were in full on party mode.

DJ A-Cup - Robyn is an INCREDIBLE performer. She's so tiny and just commands the stage when she takes it. I think she's inspired me to get a cape as well. The Bravery and Chromeo are so slick and professional, they have their stage show down to a science. It will be nice to hone that on tour one of these days...

Where does Moneypenny want to go with their music?

CH- Go? Like style wise or career wise? Style wise, we are constantly evolving. We don't want to stick to one genre and we want to continue to work with songwriters we respect and whose music we like in addition to writing more and more music ourselves as well. Career wise the sky is the limit! Hopefully people like what they hear!

DJ A-Cup- We want to make as much music as possible for now, and worry about editing it later. We're a little schizophrenic in our vision - it's radio pop, dark synth, goth rock, disco, electro... there will be lots of surprises for our listeners.

If there was anyone you would want to play with who would it be?

CH- Björk. She is my idol. Although I might be too scared to play with someone that talented and amazing. I have never really gotten starstruck, but with Björk I might faint if I meet her.


Special thanks to Moneypenny and Matt Dufour for the interview!
Posted by Salvatore Bono at 4:12 PM