Amy Winehouse has revealed that her new album will "be out in six months, at most," she told UK magazine METRO this week. Winehouse discussed that it will be a jukebox album, very much like her explosive Back to Black record. We hope you stick to your word Amy!
As REM guitarist Peter Buck readies his new act, Tired Pony with Snow Patrol's Gary Lightbody, he tells Rolling Stone that REM have finished their new disc in Berlin. The band's 14th studio album will be out next year and was produced by Jacknife Lee, the genious mind behind the bands stellar 2008 release, Accelerate.
As mentioned before, Arcade Fire are set to release their latest, The Suburbs with eight different covers. Take a look at all eight below: 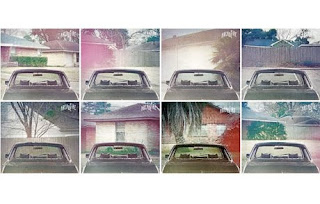 UK synth duo Hurts have released the track listing to their debut, Happiness, which will be out in September. Take a look at the track listing below:
'Silver Lining'
'Wonderful Life'
'Blood, Tears & Gold'
'Sunday'
'Stay'
'Illuminated'
'Evelyn'
'Better Than Love'
'Devotion'
'Unspoken'
'The Water'
Posted by Salvatore Bono at 7:29 AM