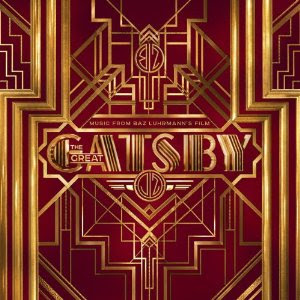 The 2013 Baz Luhrmann film, The Great Gatsby, was nothing more than a hot mess. It might be one of the worst films in Leonardo DiCaprio's arsenal of great work and one of the worst adaptations to F. Scott Fitzgerald's classic. Yet, even in something so abysmal as this film, you can find a redeeming quality -- luckily, it came in the form of music.

Jay Z salvaged at least one portion of the tale and that was being able to tell the story through modern  music. Calling on his high profile friends, HOV executive produced a soundtrack that featured Beyonce, Lana Del Rey, Jack White, The xx, Bryan Ferry, Sia, Nero, Gotye, and others to contribute tunes or covers to the record. Taking a new look on old classics as well as grabbing sexy, seductive tunes, the soundtrack is ace.
Posted by Salvatore Bono at 4:37 PM