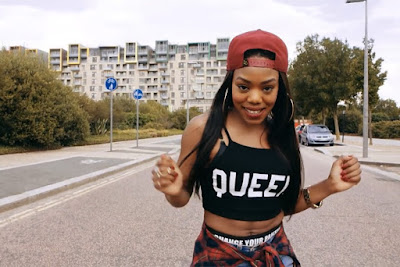 She has been a voice in the British underground hip-hop scene for a few years but in recent months she has emerged as a strong voice for not just women of the UK but women all over thanks to her "Queen Speech" song series. Now, it is time we all properly meet Lady Leshurr.

The Kinghurst, England rapper was born to Caribbean parents and started off as a poet before releasing her first mixtape at 14. Now, at 26, she has caught the ear of Orbital, Basement Jaxx, and even The Guardian who hailed her as someone to watch. We have to agree and are doing the same. Following nine mixtapes and three EP's, she is reportedly working on a proper debut and is set to perform for the first time in America this month at New York's Gramercy Theater. Following 11 million views of her latest "Queen Speech" on YouTube, it is time to add more numbers after you hear the infectious tune.
Posted by Salvatore Bono at 6:11 PM