Blur have released an online comic book inspired by their new album, The Magic Whip. Take a look at it now by clicking HERE.

Speaking during a fan Q&A, Noel Gallagher reflected on his final moments with Oasis. He said: "Leaving Oasis - that was a horrible night [in Paris, 2009]. I knew that it was going to be a decision that would follow me around – there’s still not a day where I don’t read something about us getting back together – so I knew what I was getting myself into. [It was the right thing to do], definitely. What Oasis had in its future was to do bigger tours and generate more money, which is great. I wasn’t planning on going solo, but it was such a mess that I was happier off [doing that]. I wish – this is all in hindsight – that we hadn’t broken up. That we all agreed we’d all do different things, and then one day we’d all get back together – but it all got vicious, and I wish it had been handled differently. But I don’t have too many regrets.” He was also asked about his current relationship with estranged brother, Liam, saying: "It’s difficult for people to understand that to be in a working relationship for 20 years with someone you’re so close with is really difficult. And there’s a whole mess that’s gone on around it. But I’ve no doubt that, one day, it’ll be all OK again.”

President Obama told People magazine that his favorite song of the year was Kendrick Lamar's "How Much a Dollar Cost" from this year's To Pimp a Butterfly.

Author Bob Mehr will release his authorized biography on The Replacements, Trouble Boys: The True Story of The Replacements in March via Da Capo Press. Take a look at the cover, below: 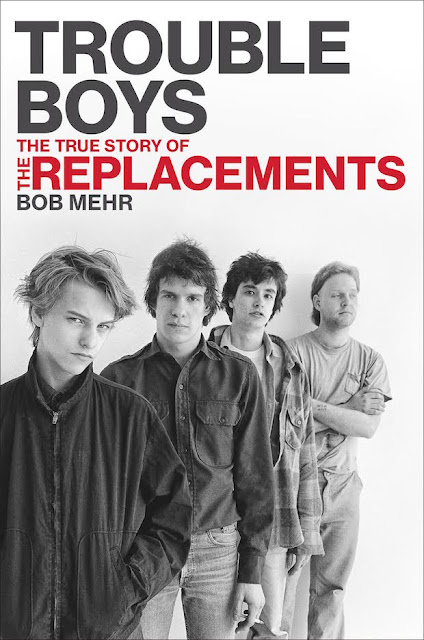 Posted by Salvatore Bono at 6:18 PM