Looking back on the year that was, 2015 seemed to be dominated by hip-hop. It is no surprise since the genre has been building for the better part of the decade and more up and coming artists are paying homage and styles to the emcees of yesterday with a new flavor. This year we saw A$AP Rocky, Joey Bada$$, Vince Staples and king Kendrick give us the socially conscious and new school / old school mix. While Drake and Fetty Wap dominated the airways, there was more context with the artists that didn't go as viral. It was also the year that major reunions went belly up -- disappointing records from some of the most anticipated artists like Refused, The Libertines and Faith No More, led the pack while Coldplay and Adele might be selling tons of albums they released very forgettable records.  Yet, there were some reunions that did do right by their fans -- Blur, Sleater-Kinney and New Order pleased the fan base that had been waiting for new music for so long.


This year seemed to be all over the place in terms of style and context and this top 10 will feature that but those that made the list are killer records that we feel will be talked about for a long time.

Now, in long form with explanations: 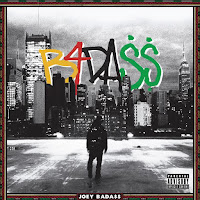 Brooklyn’s Joey Bada$$ turned 20 this year but has been turning heads since he was 17. After a series of acclaimed EP’s and mixtapes, Bada$$ arrives in grand fashion with his full length debut, B4.DA.$$ and brings with him a touch of 90s glory days and a willingness to showcase he is one of the leaders of the new school. He brought pure fire at the top of the year with his debut. A ferocious look into the mind of someone who doesn’t seem to be in the music for the fame but for the message. 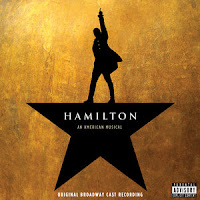 In 1994, the Notorious BIG rapped "You never thought that hip-hop would take it this far," 21 years ago, Biggie Smalls probably wouldn't even imagine the brilliance of seeing hip-hop on Broadway being used to tell a historical tale of one of America's founding fathers. This is the saga, the brilliance, and the brainchild of Lin Manuel Miranda and his cast of Hamilton. This is the first time a soundtrack, let alone an original Broadway cast recording has ever made a year end list but with something this special, this phenomenal and most of all this good, it is hard to resist.

Key Tracks: My Shot, We Know 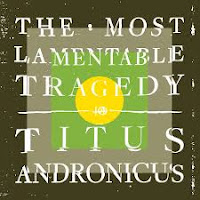 8. Titus Andronicus - The Most Lamentable Tragedy

New Jersey prog-punks Titus Andronicus have made their best work when they are focused on a story and an idea. Their debut, The Airing of Grievances and their sophomore album, The Monitor, all were focused on a story crafted by singer Patrick Stickles. Yet, their third record, Local Business, was not only flat, it was all over the place. Now, with The Most Lamentable Tragedy, they found their focus again and with a 98-minute punk opera, this band sees no bounds and continues to push the envelope as to what a band should do.

Key Tracks: No Future Part IV: No Future Triumphant, Into the Void (Filler) 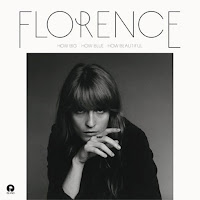 7. Florence & The Machine - How Big How Blue How Beautiful

Three albums in, Florence is proving that she is more than just a musical machine, but a modern musical goddess. The Welsh singer with a voice that can make angels cry returned with her most personal album to date. Focusing on personal heartbreak and overcoming obstacles, Florence takes her arraignments and sound to a new level.

Key Tracks: Ship to Wreck, What Kind of Man 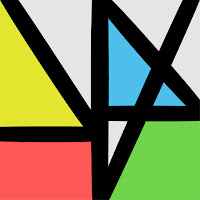 In the decade since their last album, New Order broke-up, then reunited without founding member Peter Hook and now released their 10th album – as much as fans may scratch their head that it isn’t New Order without Hooky, this album is some of their best material since the 1980’s. New Order take the new wave style they helped usher in, add more Euro trashness to it and sharp delivery for a record that is a party from start to finish. What is missing is Hooky’s signature bass lines and playing but it is made up for in Gillian Gilbert and Phil Cunningham’s synths. 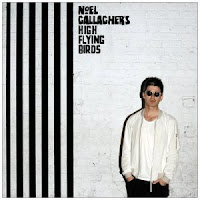 Chasing Yesterday is Noel Gallagher coming into his own and putting his past behind him, while the only yesterday he may be chasing is selling out massive stadiums around the world, he goes for that sound but on a different level. Chasing Yesterday is a bit more eccentric and intimate that his 2012 solo debut. Fusing jazz and rock, Gallagher goes for something new and it works.

Key Tracks: Lock All The Doors, Ballad of the Mighty I 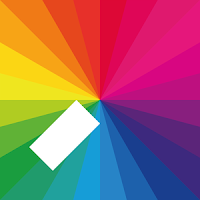 What started out as the perfect record for this past summer, grew into something so much more. The xx DJ has been making solo records with the likes of Gil Scot-Heron and EP’s under his name, but now with his full on debut, he brings his xx members and shines like the sun. In Colour combines his ambient sounds he is known for but combines calypso, soka, hip-hop, jazz, and raga, all over eletronic beats. This is a record for the beach, sunsets, and lounging.

Key Tracks: SeeSaw, I Know There is Gonna Be (Good Times) 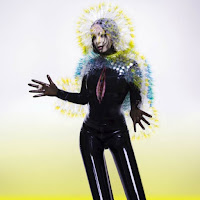 The last time Bjork dazzled her audience was in 2011 with her app album, Biophilia, now, the Icelandic princess who has always discussed nature, life, and science, travels inward for the first time to discuss herself. Vulnicura is Bjork at her most vulnerable. It is a breakup record that plays out like the plotlines of an Oscar contending film that rips from the headlines and heartstrings of Bjork’s own life. The album is an expression of her breakup with artist Matthew Barney and culminates three months before the split, the heart of the breakup, and the recovery after. With production by Arca and The Haxan Cloak, heartbreak never sounded so bittersweet. 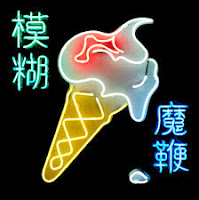 It has been over a decade since we last heard new Blur material, but after years of on-again / off-again reunion concerts, the band finally gave us new music. The happy accident that is The Magic Whip hears a band that has no desire to repeat the past but only embrace the future and whatever the future may hold for Blur, this combination of four British men is something that we can always treasure and count on to give us something special -- no matter how long we have to wait.

Key Tracks: Lonesome Street, Thought I Was A Spaceman 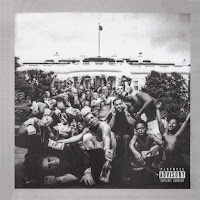 1. Kendrick Lamar - To Pimp a Butterfly

Two days after the 20th anniversary of Tupac’s Me Against the World, Kendrick Lamar surprise released his sophomore album a week ahead of schedule and if anyone ever doubted that the Compton rapper could be the second coming of Pac, all doubts are officially pushed aside. Beautiful, raw, honest, intense, To Pimp A Butterfly is a modern poet putting social commentary and storylines over beats provided by the likes of Flying Lotus, Thundercat, Terrace Martin, Pharrell, Dr. Dre, among others. Clocking in at 80 minutes, which is long for any record, especially by today’s standards, Lamar lets his feelings about celebrity, love, the hood, and black culture out with a vengeance. Combining hip-hop, funk, jazz, psychedelica, and rock, Lamar defies the sophomore slump and proves he will not be pigeonholed. With lyrics about Trayvon Martin to Michael Jackson to Nelson Mandela, as well as his “interview” with Tupac, this record is a lyrical document of our times by a one-man verbal wrecking ball. Like last year's best album, Against Me!'s Transgender Dysphoria Blues, it is an album that speaks to our times and a record that decades from now will still be the center of conversation. It became an instant classic and the soundtrack to a movement -- "We Gon' Be Alright!" was the anthem for those still fighting a struggle. The power and brilliance behind this record goes beyond it being the album of the year, it might become the album of the decade and one of the best we will ever hear in our lifetime. Hail, Hail King Kendrick!

2015 Officially A Icon - Ghostface Killah
Posted by Salvatore Bono at 9:39 AM