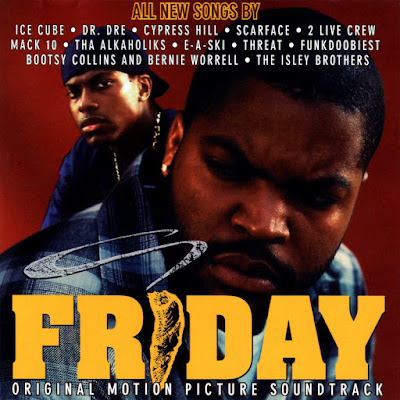 21 years after its release, Friday is still a fan favorite and certifiable classic. While the movie still makes people laugh, the soundtrack is still one of the greatest to ever be released. The album took West Coast artists from the era and had them craft new songs for the original motion picture soundtrack.

Artists like Ice Cube, Dr. Dre, Cypress Hill, Mack 10 and others created the feel, mood and vibe of what a Friday in Compton would be like. The album was released in April 1995 but is a record chock full of summer jams. A year after it was released, it went double platinum and in 2015, the record was pressed for the first time on vinyl to celebrate it's 20th anniversary.
Posted by Salvatore Bono at 5:49 PM