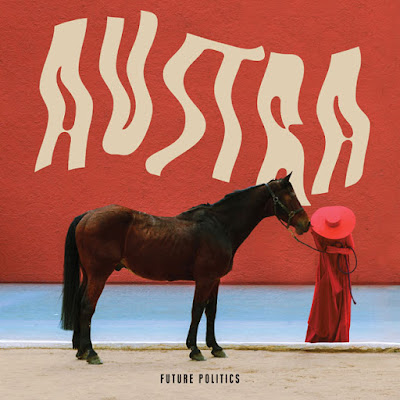 In January, Austra will release what she calls her most "ambitious" album to date. Her third work, Future Politics, "calls for radical hope," according to a press release.

Adding: "Not just hope in the future, but the idea that everyone is required to help write it, and the boundaries of what it can look like are both fascinating and endless. It’s not about ‘being political,’ it’s about reaching beyond boundaries, in every single field.”

Take a look at the cover, above, and the tracklisting, below, and hear the first single, "Utopia."

Posted by Salvatore Bono at 5:41 PM