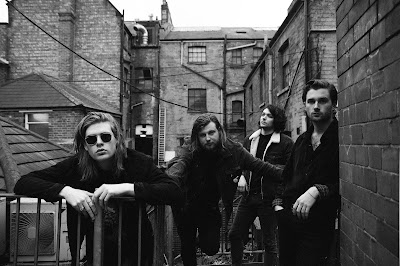 Rock and roll will never die but we will and in England it will live forever. As more and more bands coming from the UK never cease to showcase their love of rock and roll, one band is pushing it to a whole other level with the type of sound we desperately need in 2017 -- The Amazons. The band, who formed in 2014, hail from Reading and they released their self-titled debut in May, to massive acclaim back home from the press. This summer, they are hitting the European festival circuit for the first time after making their Glastonbury debut last month. The four-piece are just a giant ball of fun and are carrying the torch to the cathedrals of rock and roll to make sure they stay lit.
Posted by Salvatore Bono at 7:02 PM