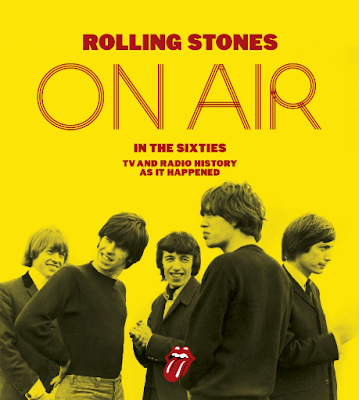 This September, The Rolling Stones will release a new album called Rolling Stones: On Air in the Sixties - TV and Radio History as it Happened. The book will chronicle their rise as pop rock darlings on British and American TV in the 60s. The book will also be accompanied by an album, however, it is not said if the record will be songs of the era or new material.

LCD Soundsystem's James Murphy and David Bowie almost recorded an album together. In an interview with BBC Radio 1, Murphy said that he and the Thin White Duke became friends after working together on Arcade Fire's Reflektor and had a relationship over email. Murphy, who worked with Bowie on his album, The Next Day, said: "I reached out to David and said, ‘I’d love to do a record just me and you.' He said, ‘It’s funny you mention that, please look me up when you get back to New York'."  They did meet and Murphy says Bowie had already started working on his final record, Blackstar.

The Verve will rerelease their seminal album, Urban Hymns, this September as a massive expanded set to celebrate the record's 20th anniversary. Take a look at the promo video, below:

Singer Tony Hadley has left Spandau Ballet, again. The group, which reformed in 2014, and have been touring since, say they will continue without their frontman. “Much to our frustration, Tony had made it clear in September 2016 that he didn’t want to work with the band any more. This has not changed and 2015 was the last time we were able to perform or work with him. So we have now made the decision to move on as a band,” the "Gold" band said in a statement on their website. Hadley announced the news via his Twitter page:

A statement from Tony Hadley :- I am no longer a member of the band Spandau Ballet & will not be performing with the band in the future. pic.twitter.com/KcuNGTtSFn
— Tony Hadley (@TheTonyHadley) July 3, 2017


It has been 12 years since System of a Down has released a new album and now bassist Shavo Odadjian said during a recent Instagram Q&A that the record may not happen. When asked about a new record, he said: "I know, I’m waiting for a new album too. It’s not happening, I don’t know. I don’t know when it’s gonna be. Not right now.”

Tyler, The Creator, took to Twitter Thursday to announce he will release a new album at the end of the month called, Scum Fuck Flower Boy.

Speaking to BBC 6 Music, Dave Grohl has said that Boyz II Men singer Shawn Stockton appears on the "heaviest" song on the Foo Fighters' upcoming record, Concrete and Gold. He said that he bumped into the R&B singer in a parking lot and asked if he wanted to sing on the record. After he said yes, Stockton also arranged an orchestra for the single.
Posted by Salvatore Bono at 6:25 PM