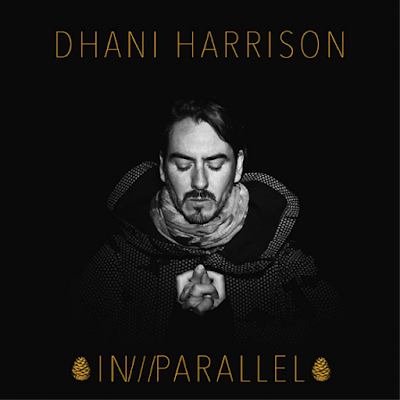 In October, Dhani Harrison will release his solo debut, In /// Parallel. Harrison, who formerly fronted the band thenewno2 and Fistful of Mercy with Joseph Arthur and Ben Harper as well as appearing on his father's later solo records will give it ago for the first time on his own. Take a look at the cover, above.

The Bronx will release their new album, V, in September. Guitarist Joby J. Ford says in a press release: "It has the angst and social commentary that has characterized us from the beginning only now the angst is aimed at more than just superficial things and the social commentary is directed at more than just people who like different music than us."

The Cribs will release their new album, 24-7 Rock Star Shit, next month. The record was produced by Steve Albini.

Converge have confirmed that they will release a new album later this year. While details are currently sparse on the endeavor, the band will release a new 7" featuring the single: "I Can Tell You About Pain." Watch the music video, below:

Posted by Salvatore Bono at 6:40 AM