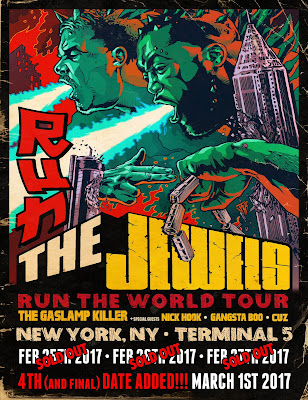 In December 2013, Run the Jewels gave their first New York City concert inside Brooklyn's Music Hall of Williamsburg. It was a free event put on by Converse, the venue, which holds over 500 people was half filled. I recall this gig because it was one of the most incredible hip-hop shows I have ever seen but made my love for what El-P and Killer Mike were doing grow 100 times over.

Now, almost five years later, the return to the city after releasing their third album, the damn-near perfect RTJ3, and perform a series of sold-out shows inside Manhattan's Terminal 5 which hold just over 3,000 people. How the times have changed for Jamie and Mikey. 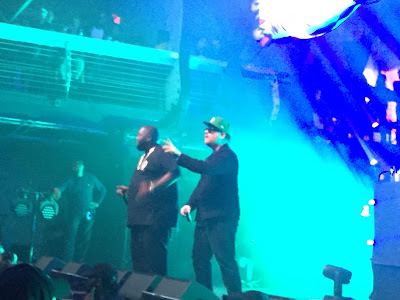 "From the bottom of our hearts, thank you," El-P said after he and his partner along with DJ Trackstar slammed through "Talk to Me," "Legend Has It," and "Call Ticketron." The humble dynamic duo were in the their third gig of their four night residency and not only brought the fire and fury but also left a piece of themselves on stage doing it.

"I can't express what this means to me, to be from New York and show Mike how we do it and to see you all come out, it means everything to me," El-P said as Killer Mike echoed the sentiment: "New York you are the most wild!"

It wasn't just a four night stand of gigs, it was two hip-hop heroes climbing to the summit like they have done their whole life and these shows display how far they have come after decades of doing this. 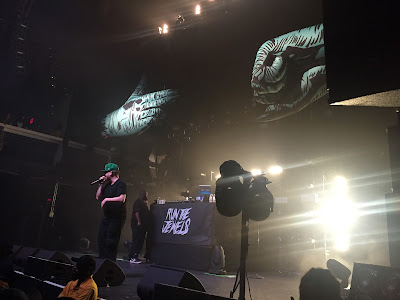 The duo make a specific type of hip-hop that it needs to be categorized all on its own. It is the intensity of New York lyricism meeting Southern spirit over such hard beats that at points it feels like a heavy metal concert. As the bass rumbled through the massive three-story building, fans on the ground were creating circle pits, crowd surfing, and having the time of their lives. It was discharge of energy that we all need in these turbulent times. 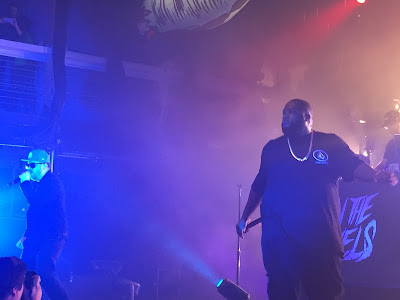 As they plowed through a majority of tracks from their latest record, it was songs off RTJ2 that got the most applause and energy from the crowd. As tracks like "Another Blockbuster Night Pt. 1," "Close Your Eyes (And Count to Fuck)," "Feelin' This," were performed, the fans were giving an energy that hasn't seen inside that club since it was Exit back in the early 2000s. That is what Run the Jewels do to the audience, they perform as if it is the last time they will ever be on stage together and that intensity is carried out into the crowd who reciprocate it back. 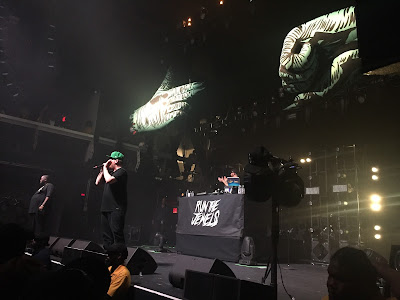 In the five years that Run the Jewels have been together, they keep getting bigger and better each year. They have been in the music world so long and been burned by it, they are rewriting the rules as they go along. Yet, what makes them so special is their brotherhood. Mike and El-P brought each other to tears as they spoke about one another. While it was a hometown throwdown for El-P, Killer Mike has become an honorary New Yorker since his lyrics and love for the city is always being spoken about. After all, Bernie Sanders and El-P are from Brooklyn!

This is the group we need for these times. They speak the truth, keep it real, and bring the fury of punk rock and 90s hip-hop but with a new twist. This is more than socially conscious music, it is the "fake news" that Mango Mussolini is afraid of. It is the music of the people by the people for the people crafted by two men who have seen more in their young lives than most have that lived to be 100.

With El-P's production and Killer Mike's lyrics and flow, these guys are just starting to show what they are made of, meaning, for all of us fans, we haven't even seen the tip of the iceberg. 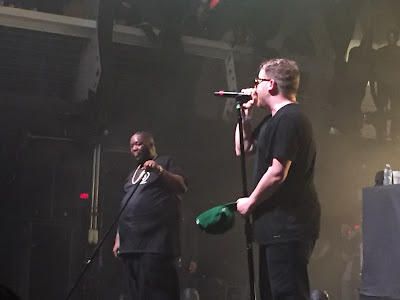 Posted by Salvatore Bono at 6:22 PM