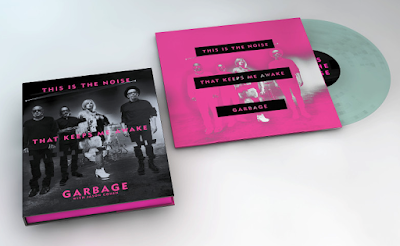 On July 4, Garbage will release their autobiography, This is the Noise That Keeps Me Awake. A special limited edition version will come with a special 12" single. "We were starting to forget what we wanted to remember," said Garbage frontwoman Shirley Manson in press release. "Twenty two years is a long time to keep track of the magic and the madness."

The Dead Kennedys have turned down a lucrative offer to reunite at Riot Fest this summer. According to member East Bay Ray's Facebook page, singer Jello Biafra turned it down.


Paul McCartney and Ringo Starr have been photographed in the studio together. Macca is said to be worked with his former Beatles bandmate's upcoming solo album. Starr shared the news on Instagram:


Goldie spoke to NME about his new album, The Journey Man, which arrives in June, and said: "I think it’s pretty good, but that’s why I’ve come to shake it up again, 20 years late. I think it’s good – but they’ve got to find their way outside of the machine a little bit. Getting a bit of soul involved, you know.”
Posted by Salvatore Bono at 4:59 PM