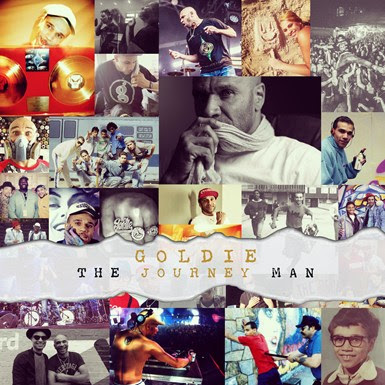 In June, Goldie will release his new double album, The Journeyman.

In a press release, the British musician said: "I often look at music not so much as a producer but like a director. You’re drawing together engineers, performers and arrangers to create something special, something magical. It’s like alchemy. The notes, the music, the lyrics, they’re all in my head and each element has to be communicated and brought to life to create the finished track. I’m always inspired by great movie directors – people like Stanley Kubrick and PT Anderson – and, if you think about it, it’s quite a similar approach. They start off with a vision and then they use that vision to deploy the actors and the cameramen and the editors in order to create the finished film.”

Take a look at the cover, above, and the tracklisting to the massive record, below, plus hear the first single, "I Adore You."