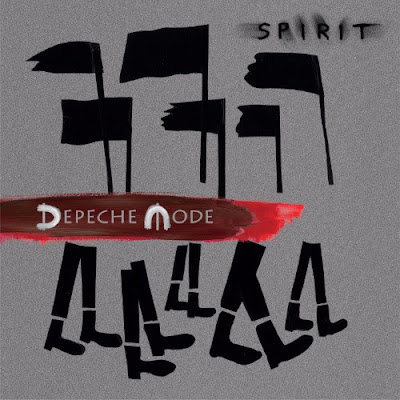 Next month, Depeche Mode will release their brand new album, Spirit. Take a look at the cover, above.

BET has greenlit a biopic series on the life of Nas. The show will be titled, Street Dreams, based off his song from Illmatic, and the pilot will begin shooting later this year. According to Deadline, the show will take place in the early 90s and focus on his life before his debut arrived.

A biopic on John Lennon and Yoko Ono is currently in the works. Ono will produce the film which, according to The Hollywood Reporter, "will focus on ripe and relevant themes of love, courage and activism in the U.S.” No title nor release has been announced.

Radiohead's Johnny Greenwood has signed on to score the yet-to-be-titled Paul Thomas Anderson film the director is currently crafting. The movie will star Daniel Day-Lewis and is expected to arrive later this year. It is the fourth time Greenwood has done the music for Anderson -- famously for 2007's brilliant score of the equally great film, There Will Be Blood, 2012's The Master, and 2014's Inherent Vice.
Posted by Salvatore Bono at 7:15 PM