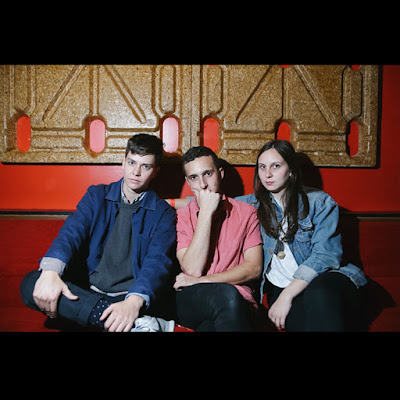 Maybe it is because mango Mussolini has been elected president and moved into the White House, or maybe it is because the world is going to shit, whatever the case may be but there seems to be a new flux of bands coming from Washington, D.C. The sound of the fury inside the nation's capitol hasn't been this interesting since Ian MacKaye started Minor Threat and Discord Records or when Bad Brains were banned in D.C.

Now, a new band can add their name to the cannon of music that has come from the town. The band, Flasher, is a post-punk meets early new wave DIY act that combines Joy Division and New Order all in one. Peter Hook would be proud. After spending the fall opening for White Lung and Parquet Courts, they released their debut EP in November. No word if a full length is in the works but as the band continues to tour their EP, they are certainly ones to keep an eye out on.

Posted by Salvatore Bono at 7:32 PM