Underrated Classic: Temple of the Dog 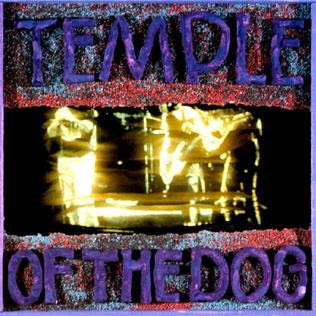 A year after Mother Love Bone singer Andy Wood died of a drug overdose, his roommate, Chris Cornell, formed a band with some of the members of the group he was in along with Soundgarden drummer, Matt Cameron. That band would become Temple of the Dog. In 1991, the band released their only record as a tribute to Wood. The record was a songs inspired by him, unfinished tracks he had, and a way for his friends to heal following his death. The record also featured an unknown singer named Eddie Vedder on backing vocals and the lead single, "Hunger Strike." The band of course became the root of what Pearl Jam would be since it featured Stone Gossard and Jeff Ament, who played in Mother Love Bone, as well as a Seattle-area guitarist and friend of Wood's Mike McCready. After the album was released it would go on to become platinum. The rest of the members would go on and become Pearl Jam with Vedder, and later would bring in Cameron on drums. Soundgarden would call it quits in the late 90s but would reactivate in 2010. While the light of Temple of the Dog would dim, it was turned on again last year as the band toured for the very first time to support the 25th anniversary of the album.

Listen to Our Essential Pearl Jam Playlist on Spotify
Posted by Salvatore Bono at 6:59 PM