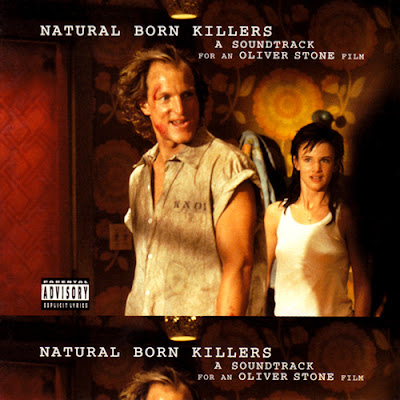 1994 was a memorable year for movies as flicks like Pulp Fiction, Forrest Gump, The Crow, True Lies, The Lion King, Quiz Show, Shawshank Redemption, and countless others. One film, written by Quentin Tarantino busted down the door and had heads turning that summer and it was the Oliver Stone-helmed Natural Born Killers. The violent film about killers on the run in America had audiences gasping. One of the catalysts that drove the suspense of the story was the music.

Stone tapped Trent Reznor to produce the soundtrack and the Nine Inch Nails creator saw a different take as to how the music should be put out. Instead of just throwing songs together on a playlist and having his Nothing label put it out, he gathered tunes from the music of the era, his friends, and even crafted original songs and spliced them together with dialogue and scenes from the film. By doing this, the listener was able to experience the suspense and thrill ride of what the movie put out on screen.

With a soundtrack that featured NIN, Dr. Dre, Bob Dylan, Patti Smith, L7, Peter Gabriel, Cowboy Junkies, The Dogg Pound, Leonard Cohen, and more, the violence on screen was brought into the listeners ears for a full on experience that still resonates today.
Posted by Salvatore Bono at 12:11 PM