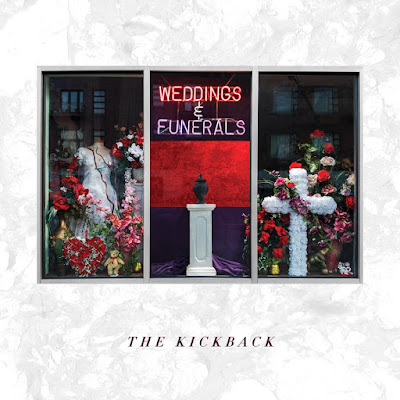 The Kickback will release their sophomore album, Weddings and Funerals, this summer. Take a look at the cover, above.

Haim announced that their new album, Something to Tell You, will be out in July.

KMFDM will release their new EP, YEAH!, in June. Take a look at the cover, below:

Please sit down, as I've got news to share that's going to literally melt your face! You're the first to know about our UPCOMING KMFDM HELL YEAH! 2017 TOUR and TWO NEW RELEASES! We'll be releasing "YEAH!", a 5-track EP of new songs and remixes on June 23rd, followed by a full-length album in August. The tour will be supported in the US by OHGR and @officiallordofthelost. If you LOVE to ROCK hard, and can hardly wait to ROCK, please like / comment on this post so that we can make sure the entire damn word hears about this!! Tour dates in the comments below and full press release on our FB page #kmfdmsucks #kmfdm #originalmusic #livemusic #industrial #rock #music
A post shared by KMFDM Official (@kmfdm_official) on Apr 24, 2017 at 9:59am PDT


Iggy Pop was presented with France's highest cultural honour the Commander of the Order of Arts and Letters by French Consul General, earlier in the week. Congrats, Iggy!


Speaking to Zane Lowe on his Beats Radio 1 show, Matt Healey of The 1975 announced that the band's new album, Music For Cars, will arrive later this year. "Music for Cars has always been called that, and we were always gonna do a trilogy of records," he said. "And I'm not saying that after this album it's the end of the 1975, but it's definitely the end of an era."

Portugal. The Man have announced that their new album, Woodstock, will arrive in June. The record features production from Danger Mouse, and Beastie Boy Mike D. Take a look at the cover, below: 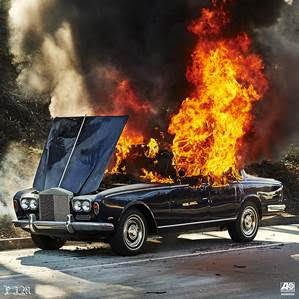 It has been a big week for Damon Albarn and Jamie Hewlett as the new Gorillaz album, Humanz, has finally arrived and the singer had a massive press week where he dove in on everything from Blur, Gorillaz, and working with Noel Gallagher. So, we will bullet point the highlights:
That of course did not sit well with Liam, who took to Twitter and said:

Now that dick out of blur and the creepy 1 out of oasis need to hang there heads in shame as it's no dancing in the streets as you were LG x
— Liam Gallagher (@liamgallagher) April 27, 2017

That gobshite out of blur might have turned noel Gallagher into a massive girl but believe you me nxt time i see him there's gonna be war
— Liam Gallagher (@liamgallagher) April 28, 2017

Posted by Salvatore Bono at 7:58 AM