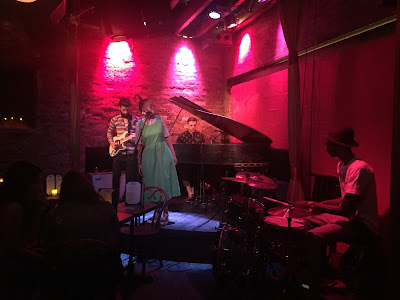 Just a month after she and her Cousins played the Apollo Theater, Tuelo returned to her roots as she and the band continued her longstanding Rockwood Music Hall Residency Tuesday night. One what was one of the first nice nights of the year, the South African singer took to the stage as the sun was going down and the city lights were coming up and shining into the intimate venue and brought a bit of magic.

Check Out Our Live Pix Of Africa Now! at the Apollo Theater Featuring Tuelo 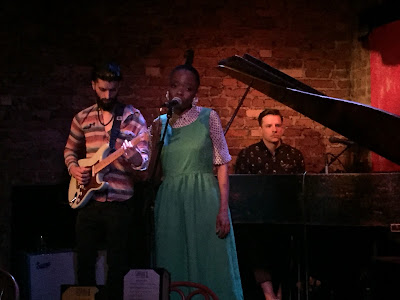 The world's best singer is getting ready to release her new single, "St. Margaret," a tribute to her mother who she says has never heard her talented daughter sing. As the New Yorkers filled the room and were spoiled to hear the sounds of someone who has captured audiences around the city and beyond, Tuelo showcased not just her raw and pure talent but energy as well.

Listen to Our South African Mixtape on Spotify!

"We are going to start off slow, then pick things up," she declared after performing her songs "Raul," "On Air," and a stripped down version of ABBA's "Fernando." She told stories of her childhood, her family, and growing up in Apartheid-era South Africa and how it all brought her to this moment in front of a New York audience. As she spoke, the venue suddenly felt less like a bar but more like someones living room. She and the band have the ability to make it that intimate and personal. 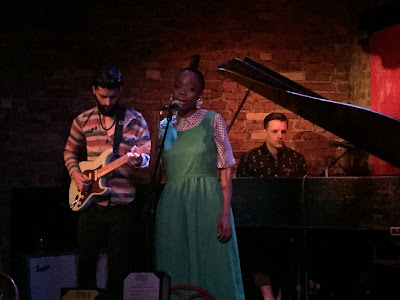 The band's sound is a mix of rock and soul meets jazz and punk. It is a hybrid of everything that has made up the sound of New York City and comes from someone who is a transplant to the Big Apple, which in many ways, makes it so much more special. Tuelo makes us realize what life is about, what this city is about, and most of all, what the music is about -- a universal love and appeal.

Read Our 2016 Interview with Tuelo

As the humble singer continued her set which included the songs "Dreamer," "Doors," and a funky cover of Britney Spears' "Baby One More Time," she had everyone on their feet, dancing, singing, clapping and making us realize it may be Tuesday but let's party like the weekend.

Her residency at Rockwood continues next month, we are telling you to mark your calender's now and rush to see her. 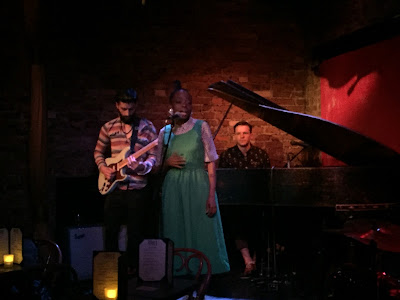 Posted by Salvatore Bono at 8:15 PM