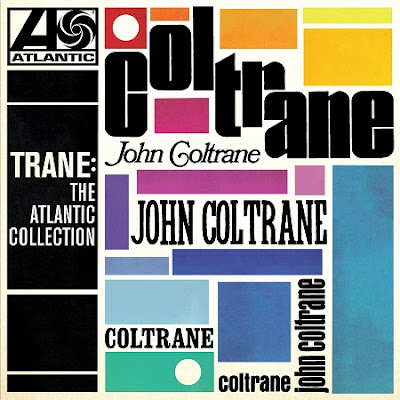 In June, Rhino Records will release the compilation, Trane: The Atlantic Collection, which will feature some of the best material of John Coltrane's work for Atlantic Records between 1959 and 1961.

Sad news to report, Internal Bleeding drummer William Tolley, 42, passed away Thursday. Tolley, a member of the FDNY fell from the roof of a building while responding to a blaze Thursday morning and fell three stories to his death. The news has shaken the city and the metal community. He is survived by his wife and 8-year-old daughter. Our thoughts are with his family, friends, and bandmates. The band were set to release their new single tomorrow. They posted the news on Facebook:

Roger Waters will release his first solo album in 25 years, Is This the Life We Really Want?, in June. The record was produced by Radiohead producer Nigel Goodrich. Take a look at the tracklisting, below:
01 When We Were Young
02 Déjà Vu
03 The Last Refugee
04 Picture That
05 Broken Bones
06 Is This the Life We Really Want?
07 Bird in a Gale
08 The Most Beautiful Girl
09 Smell the Roses
10 Wait for Her
11 Oceans Apart
12 Part of Me Died

Jawbreaker have confirmed they are reuniting. The iconic indie punk band will play their first shows in 21 years at this summer's Riot Fest.

Speaking to Billboard, Damon Albarn said he cut out all references to Donald Trump on the forthcoming Gorillaz album, Humanz. “There’s no references to [Trump] on the record -- in fact, any time when anyone made any reference, I edited it out,” he says. “I don’t want to give the most famous man on earth any more fame, particularly. He doesn’t need it!” In the same interview, artist Jamie Hewlett spoke about how he and Albarn reunited the animated band after their massive 2010 tour which saw them take a very long break and not speak to one another for a while. "We went to some party and in a drunken conversation, he said, ‘Do you want to do more Gorillaz?’ And I said ‘Yeah, do you?’ And he said ‘Yeah.’ And I said ‘Right, then.’ That was the end of the conversation.”

Posted by Salvatore Bono at 7:12 PM