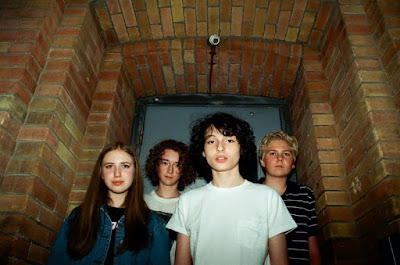 Calpurnia, the teenage band featuring Finn Wolfhard of Stranger Things has signed a record deal with Royal Mountain Records. The band are set to record their debut EP with Cadien James from Twin Peaks next year. "It is so sweet that we have such a good team at Royal Mountain Records. I love everyone on it. I'm extremely excited to record our EP with Cadien Lake James. Not only is he in one of my favorite bands of all time, and recorded some of my favorite songs, but he is also the sweetest guy ever. Thanks everyone so much who helped us out along the way, it means the world," Wolfhard said in a statement.

Stone Temple Pilots will march on following the passing of original singer Scott Weiland in 2014 and fill-in frontman Chester Benington this past summer. The band have hired former reality show contestant Jeff Gutt to front the band.

Glassjaw are allegedly releasing a new album on December 1 called Material Control. It will mark the Long Island band's first album in 15 years and third record. No confirmation has been given, but according to various reports the record should be arriving before years end.

My Bloody Valentine's Kevin Shields spoke to Rolling Stone about their forthcoming new album and while he didn't dive into too much detail, he said it is "all over the place."  "In some respects, some of it is a bit straightforward," he said. "The MBV album that we did in 2013 feels more meandery and not as concise. This one is like if somebody took that and dropped some acid on it or created a dimensional clash or something. It's more all over the place." It is unknown when it will arrive but it seems it will come next year.
Posted by Salvatore Bono at 12:44 PM