So it begins.....the rollout of various music lists from us as we look back at the year that was and present our picks for the most recognizable albums of the year.

It has become a Thanksgiving weekend tradition for us to issue our first year end list -- Honorable Mentions. This is the first of three lists we will bring out over the next three weeks, next week we will present our coveted League of Their Own and then finally, the Top 10 albums of the year. Here we go -- our Honorable Mentions, albums that were very good, but not good enough to crack the Top 10 but still worth of note.

2017 Honorable Mentions in Short Form (In No Particular Order): 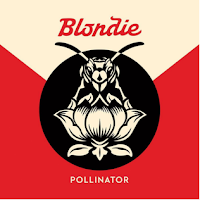 Blondie – Pollinator
The iconic punk / new wave / glam band return with their best record in decades thanks to Pollinator. Blondie have not only released the most fun and energetic record of their career but we defy anyone to try and sit still listening to it. With songs written by TV on the Radio's David Sitek, Johnny Marr, Sia, Nick Valensi from The Strokes, Charli XCX, and Blood Orange, the New York icons are tapping into the current and new school of talent to boost their sound in 2017. 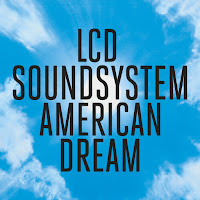 LCD Soundsystem – American Dream
This was a record that should be loathed considering the news that James Murphy and co. staged their infamous 2011 to sell tickets but the truth of the matter is, their “comeback” record is fantastic. It is a ton of fun to listen to and the band find their footing in the years they were away on what is the best LCD Soundsystem album. 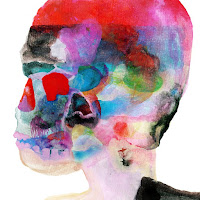 Spoon – Hot Thoughts
In what could be one of their best albums, Spoon return with their ninth album and exceed all expectations. Hot Thoughts is one of their most musically provoking and catchy albums. The Austin band has seemed to shed a skin where they do not hold back. 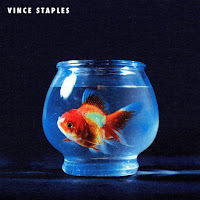 Vince Staples – Big Fish Theory
Vince Staples fires back just two years after releasing his acclaimed and massive debut, Summertime ’06, the L.A. rapper is out to prove he is not just a flash in the pan. Big Fish Theory is Staples coming to terms with what he needs to do in order to be one of the biggest and best emcees in hip-hop. In doing so, he clearly achieves his goal. 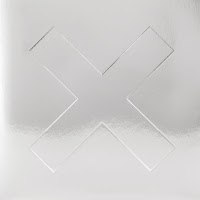 The xx – I See You
The third record from the British electronic and ambient trio hears them getting funky. I See You is the most fun-sounding xx record and an album that makes them change direction while sticking to their original ethos.

Stay Tuned Next Week When We Announce The 2017 "League of Their Own" Recipient.
Posted by Salvatore Bono at 7:15 AM