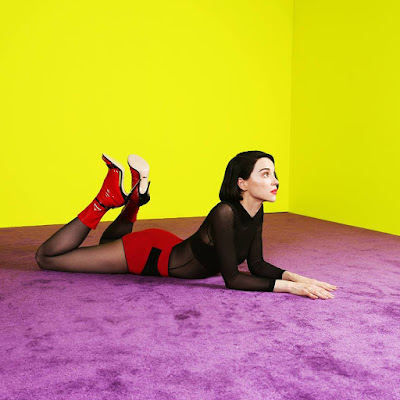 This month marks our 11th anniversary as a website and it has been a very fun, strange, interesting trip. While the site is run by people who have day jobs and doing this as an extracurricular activity, we like our artists to reflect that.

When we celebrated our 5th anniversary in 2011, we honored our first five years with an artist that made our time as a website worthwhile. Damon Albarn became the first recipient of this award and since then, we have picked like-minded workhorses that have influenced music and never settle for less than the best.

In the past we picked:

This year we award an artist in every sense of the word. Anne Clark aka St. Vincent has been making irreverent music for over a decade now and with five albums under her belt, as well as a collaborative record with David Byrne of the Talking Heads, and praise from the surviving members of Nirvana and David Bowie, it is safe to say that St. Vincent is an angel among us.


Listen to Our Essential St. Vincent Playlist on Spotify

The former Polyphonic Spree member grew up in Oklahoma and as her career kicked off and later became a solo artist, she moved to New York where she linked up with the likes of Sufjan Stevens, The National, TV on the Radio, and became part of the Brooklyn clique of artists that shaped the early 2000s.

As she sustained a massive rise, St. Vincent keeps pushing down boundaries for women in music, music itself, and going at it at her own pace. Next year she will find herself directing her first feature film and became the first female ambassador for Record Store Day this year. She also curated events for Peroni beer and dabbled in acting once appearing on Portlandia. St. Vincent has even launched her own line of guitars and her unique style has made her a goddess among players. As someone who keeps her personal life a mystery and lets her work speak for itself and for her, her gender fluidity stance is something so powerful in 2017 as everything feels as if it needs to be defined by something, she lets it be whatever she feels necessary.

Posted by Salvatore Bono at 1:12 PM