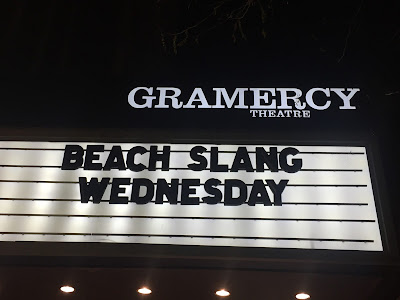 One of the most positive tours of the year rolled through New York City Wednesday night as Beach Slang took their "Drunk Or Lust Tour" to the Gramercy Theatere with Dave Hause and the Mermaid and The Homeless Gospel Choir.


Read Our 2015 Interview with Beach Slang

Since forming just four years ago, Beach Slang have already received a cult-like following of fans and with two fantastic albums under their belt, they had their first headlining show in Manhattan and played to a packed theatere with some of Pennsylvania's best bands.

Hitting the stage at around 10 p.m., they strutted on to AC/DC's "Hell's Bells" they busted into "Wasted Daze of Youth" and "Bad Art and Weirdo Ideas" with the crowd screaming the words back to singer James Alex.

Alex, who was dressed in a prom tux from the 1980s had his outfit fit his persona -- he is clearly inspired by The Replacements and Against Me! as much as he is by The Cure, Depeche Mode, and The Smiths. His songs can be looked at the soundtrack to a 21st century John Hughes film and his earnest charisma helps the songs feel more authentic than other bands who just lay their emotions out and hope someone can relate. 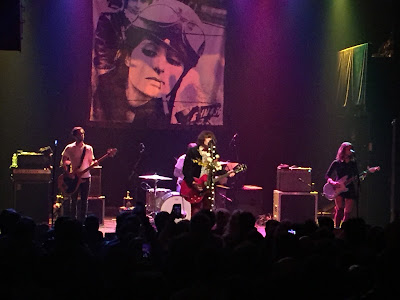 For the hour they were on stage, the joy they emulated was infectious.

"We are Beach Slang and we are gonna punch you right in the heart!," Alex screamed just a few songs into their set.

Alex, who had his mic stand wrapped in white Christmas lights and flowers, is ever the showman. From spitting water out of his mouth like Triple H in the WWE to jumping around on stage like Pete Townshend in his prime, any form of rock and roll he has come in contact with he seems to have adapted to like a real life version of Jubilee in the X-Men comics.

Halfway through the band's set, they began fielding requests from fans which included The Replacements "Can't Hardly Wait," and Depeche Mode's "Enjoy the Silence," as well as their own tracks like "Dirty Cigarettes," "Punks in a Disco Bar," and "American Girls and French Kisses."

As they closed with a cover of Pixies "Where is my Mind," everyone in the room wanted more from the Philly punks but at the rate their going, it will just be a matter of time before they return to the city. 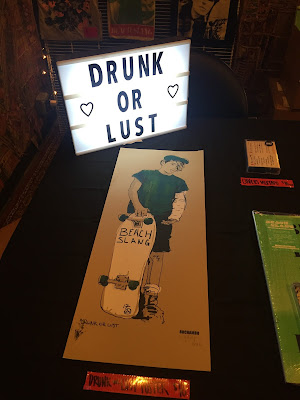 Opening in the show were The Homeless Gospel Choir, a one man band from Pittsburgh whose emotional lyrics and basic strumming had the audience in the palm of his hand as everyone in the room related to at least one song that Derek Zanetti sang. The songs are about growing up as a misfit, being bipolar, being queer, and trying to carve a life out for yourself in unconventional manors. They are songs you wish you wrote but didn't because you were scared to. He put your fears and thoughts into his music because he felt them too and like any punk you know you are not alone.


Read Our 2011 Interview with Dave Hause

Also on the bill was former Loved Ones singer Dave Hause and his band The Mermaid. The Philly rockers made their set feel as if it was almost a co-headlining venture between him and Beach Slang as the fans in the room reacted the same for Hause as they did for the headliner. Hause, whose guitar strings kept breaking during the show, had a fan help him a few times, furthering Zanetti's sense of community in the punk scene. Plugging away at new songs from his solid latest release, Bury Me in Philly, Hause and the Mermaid also delivered a stunning cover of Tom Petty's "Won't Back Down." We have covered Hause numerous times over the years and each of his gigs have been solid but what was evident now more than ever was how happy he was playing with this band and we hope it continues. 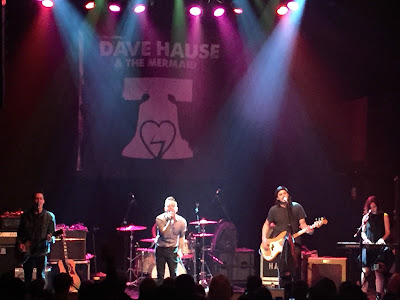