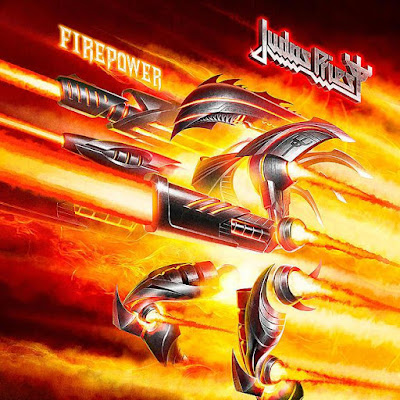 Heavy metal icons Judas Priest will release their new album, Firepower, in March. The band are nominated to be inducted into the Rock and Roll Hall of Fame next year, it will be announced if they make the class of 2018 soon. Take a look at the cover of Firepower, above.

A new documentary called Prince's Last Year, will air on UK's Channel 4 sometime next year. The documentary will chronicle the "Purple Rain" singer's his battle with painkillers, the secret concert he put on for the Obamas at the White House, and his final tour dubbed the "Piano and Microphone Tour." No release date has been set.

In an interview with FACT magazine, Bjork said that she and Wu-Tang Clan wrote a few songs together during her Homogenic era in the late 90s. "We wrote a couple of songs together,” she said. “Sometimes when you do things and you don’t plan them it’s magic. And I really think what we made was magic. But I think because it wasn’t part of the whole Homogenic thing and it wasn’t part of what Wu-Tang were doing at the time, it was better as an idea, if that makes any sense?”

In March, The Vaccines will release their new album, Combat Sports. Take a look at the cover, below:


Taking to Instagram, Dr. Dre released a teaser video announcing that Eminem's new album, Revival, will be out December 15. Take a look:


Florence Welch of Florence and the Machine announce on Instagram that she is releasing a book of poetry and lyrics next year.

Extremely honoured to announce that I will be releasing my first book of collected lyrics and poetry with penguin next year x x @penguinukbooks
A post shared by Florence Welch (@florence) on Nov 30, 2017 at 3:24am PST


In a recent interview with The New York Times, Jay-Z said that he and Beyonce worked on a collaboration album together during a rough patch in their marriage. "We were using our art almost like a therapy session. And we started making music together," he said. “Then the music she was making at that time was further along. So her album came out as opposed to the joint album that we were working on. Um, we still have a lot of that music. And this is what it became. There was never a point where it was like, ‘I’m making this album.’ I was right there the entire time.”