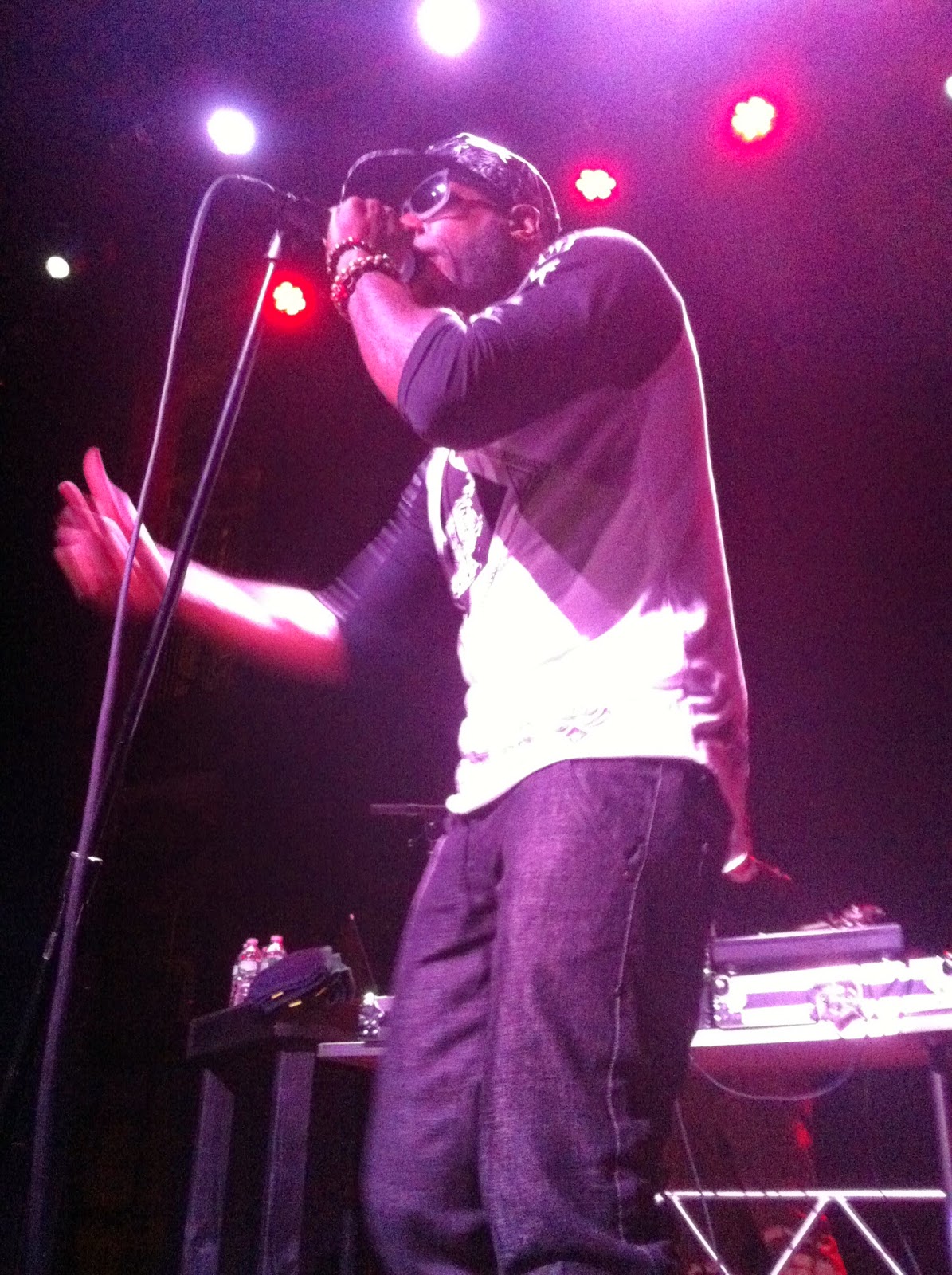 Talib Kweli is proving that their is no rest for the wicked. The hip-hop legend and Brooklyn native made what he called "A pit stop" in his home borough to perform a free concert and do an in-store appearance at Rough Trade in Williamsburg before he jetted off to Orlando for a concert. Kweli, who flew back into town this morning, is on the road promoting his latest record, Gravitas, a record he distributed himself and cut out a major label and middle man distributor. While the record was released late last year, he is touring behind it now.

Despite a picture perfect day in New York City, Kweli packed Rough Trade for an hour long performance that took everyone on a timeline of his illustrious career.  With just a mic in his hand a DJ behind him, Kweli focused mainly on the songs from Gravitas but also told the crowd that many of the "personal" tracks on that record and previous albums were being brought out for a rare live appearance. In a near 20 year career, Kweli broke out tracks from nearly all of his LP's, his work with Hi-Tek, and Reflection Eternal. Yet, while the crowd was going along to the music, the best moments of the show came when he would stop and discuss the meaning behind certain songs and the evolution of a beat. This came full circle when his DJ began playing Rick James' "I Love Mary Jane" and barely half of the audience knew what the hook was. A clearly flabbergasted Kweli took everyone to school on who Rick James was and what this song means, then he dropped into Kanye West's "Get 'Em High" and that clearly had everyone's attention before he began playing The Beatles' "Elenor Rigby" to sample over for his song, "Lonely." That sequence summed up the gig, bridging the gaps between his own songs over the years and taking them apart for something new. Before wrapping up with "Get By," he was genuanly delighted to see everyone pack the new Brooklyn venue and come out on a day like it was outside and couldn't wait to sign autographs and take pictures with fans. It is with that spirit that has kept Kweli on top of his game for so long, he is a down to Earth and humble performer that wants to enlighten and educate for as long as he can.
Posted by Salvatore Bono at 2:20 PM