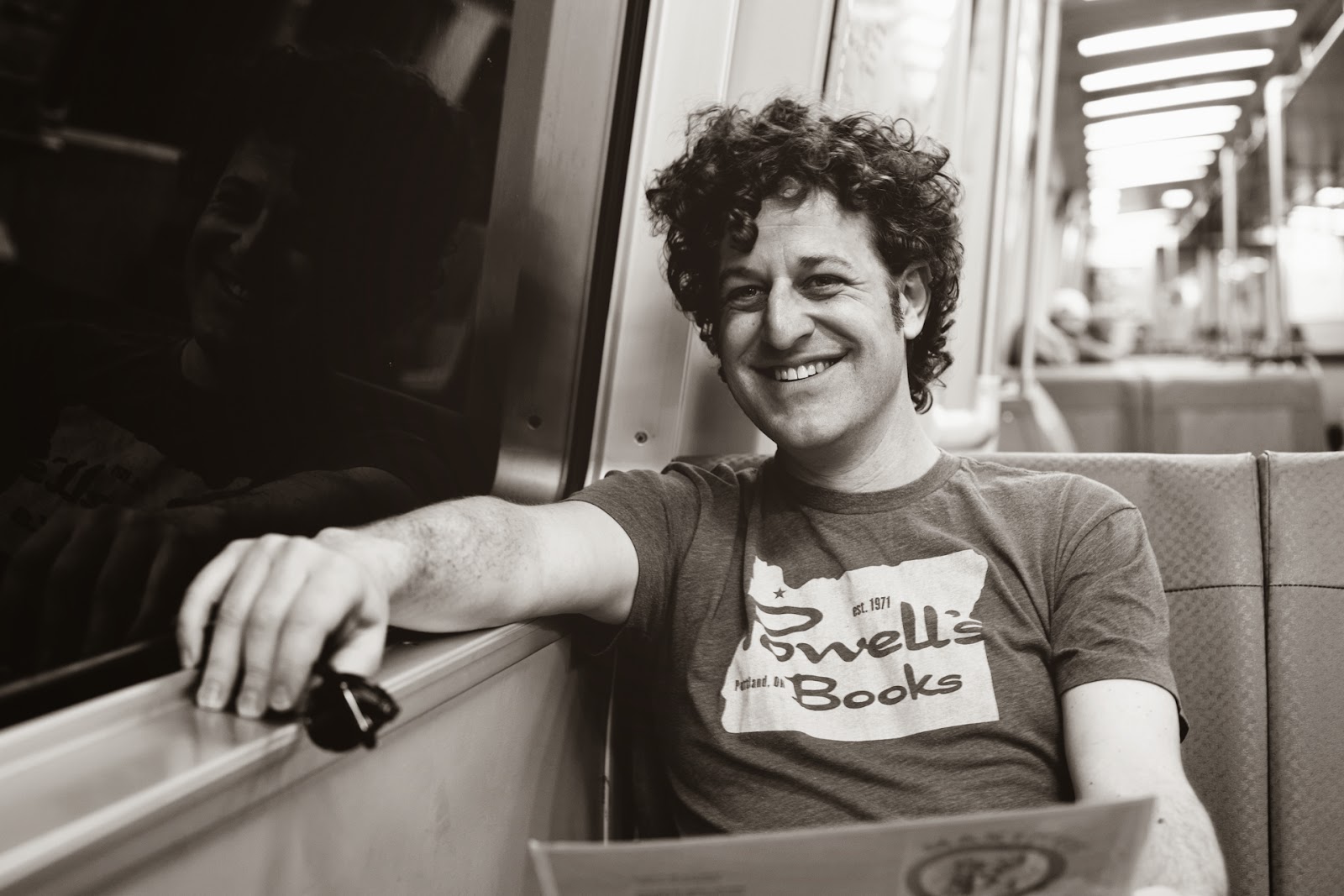 Since the mid 90's Thunderegg has been a cult favorite among music listeners around the world. Armed with an unforgettable name, clever songwriting, and catchy hooks, Thunderegg aka Will Georgantas has been making music non-stop. As this year will be no different than in years prior, Thunderegg will release his latest album, C'mon Thunder, and now, more than ever, eyes and ears are starting to focus on what he is doing. We spoke to Will about his long career, his years in the industry and the new resurgence of popularity. Take a look at our interview below:

Thunderegg started back in the early 90’s and is now gaining attention again. What is it like to be back in the hearts and minds of fans old and new?

Thunderegg has these occasional spikes in notoriety. February 2001, April 2006—those were heady days. By March 2001 or May 2006 I was right back under the radar, but it's easier to write songs there. I'm like the guy on the side of the road selling peaches to people on their way to the beach. I hope they enjoy the peaches, then maybe they forget about them, but then they see I'm still sitting there selling peaches when they go to the beach again next year.

This band started in Connecticut and is now based in San Francisco, has the change of atmosphere influenced your songwriting process?

I play out a lot more in California than I did back east, and I think that's probably had an influence. Some of the San Francisco songs kind of hinge on a slow storytelling, so that at the end there might be a payoff line that can hit nicely if people are listening. I'm not sure if I had live audiences in mind as much when I was writing back east.

This band has had a revolving door of musicians since its inception, but still remains you at the helm. Why did you just never release material under your own name?

That's a good question. The primary answer is that I always saw these songs as band songs, even when I was recording all the parts by myself to the four-track. But honestly, another answer is probably part of the whole American story, Ellis Island and all that. Will Georgantas? Who can pronounce it? Even the Georgantases can't agree. When I was a little kid I used to lie in bed at night and pretend I was a baseball player named Scott Ross. If I ever do put something out under my own name, though, I'll take it all the way. William Aristides Georgantas. Maybe I'll even swap in the Greek version of "William," which is Vasilios. Vasilios Aristides Georgantas. Too bad the Greeks are more into house music than American singer-songwriters.

In 2005, you posted a song a week on your website. Something, at that time, was groundbreaking because you were using your website to give away music. Would you consider doing that project ever again but on a different platform? If so, which?

Yeah, people do that sort of thing all the time now, but in 2005 it was pretty novel. I even remember getting all mad when some other guy got a lot of press for doing it a year later. Part of why it was rarer then was that there wasn't Bandcamp or Soundcloud or even really iTunes. If I did it again, I'd just post it to Bandcamp one week at a time. Bandcamp is the second-best site on the Internet, after baseball-reference.com.

You are an artist that started his career when everything was analogue, now, it is all digital. Which do you prefer? What does the new technology mean to a musician who learned his craft the old way?

We have three full-band albums that were recorded digitally, including the new one, but there are something like 15 Thunderegg albums that were recorded analog to four-track cassette. I'm on my third Tascam now—a 424 mkIII, the one in the video for "Not What I Meant." I never really warmed to digital recording at home because—and I feel this way more and more as time passes—I need to get away from a screen. But digital encoding and distribution is another thing. I don't really see ever going back from that, apart from pressing vinyl. When I started out, I mixed everything down to tape. Then I'd have to tape the tapes for my friends. That wasn't very practical, and the music hardly got heard by anyone. Even if you still record analog, the real revolution has been mixing to a computer, converting to MP3, and distributing everywhere online.

The Thunderegg catalogue is so extensive and so massive, that last year you released a 90-minute compilation. What was it like going through all of those songs to pick out that perfect mix?

I actually enjoy hearing the old stuff, probably more than I should, because not all of it is good. But even the not-good songs have their place in the overall context of those early albums. Making the compilation, though, I tried to pick the "singles," the songs that tended to have verses and choruses and be normal lengths and be about more or less normal things. There could be a whole other compilation with stuff like "Cop on a Horse" or "Denise Digs the Vibes" or the one about how my girlfriend at the time misplaced my pen. But it seemed the best entrance point would be the straighter songs.

Each of your records pack so much autobiographical and insightful information. Is making music a cathartic experience for you?

There are some cathartic songs, especially early on, even more especially after one particular breakup when I was super bummed. But since then I've tried to couch the autobiography with enough fiction to make the songs a little more universal—of course most people can relate to being super bummed, but if you get too personal you can lose them.

Your songwriting style is very witty and funny, have you ever considered being a comedy writer?

Well, thank you very much. After college my dream was to get a job writing comedy for TV—The Simpsons, especially. But someone told me that all those jobs went to Harvard kids, so I never even tried. I guess I was easily discouraged, so instead of writing for The Simpsons I just started writing songs about being an easily discouraged young man.

All of these years making music, there are people discovering you. How do you react to that?

With surprise and gratitude. I often buy them drinks. Which, it turns out, is a pretty amateur move if you want to cultivate their impression that you're cool.

So, as your latest compilation suggests, are you a really cool guy once people get to know you?

I guess that title was meant to apply more to Thunderegg's music—the more people listen to it, the more they seem to like it. Which is funny, considering that as far as I go as a person, it's probably exactly the opposite: so many of these songs are about things starting well and ending badly. He's Actually Pretty Annoying Once You Get to Know Him. He Actually Just Sits Around Watching Coverdale/Page Videos on YouTube Once You Get To Know Him. But come on: http://www.youtube.com/watch?v=PtfM2CozoAo.